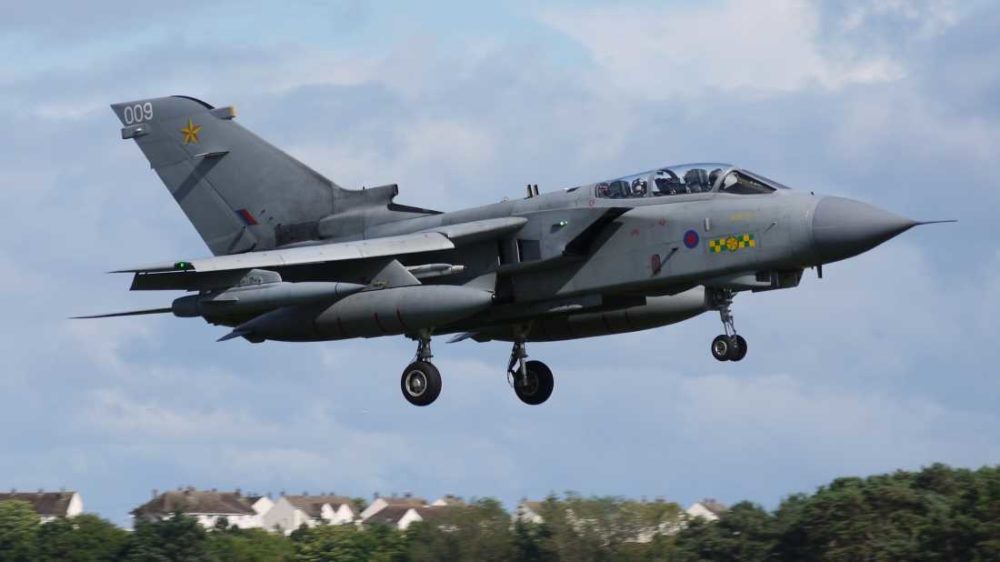 THE FIFTH ANNIVERSARY of the horrific mid-air collision that caused the deaths of three RAF Lossiemouth airmen is being marked by renewed calls for safety measures and a Fatal Accident Inquiry.

It was on July 3, 2012 when two Tornado jets from XV(R) Squadron at the Moray base collided over the Moray Firth, killing Flight Lieutenant’s Hywel Poole and Adam Sanders and Squadron Leader Sam Bailey.

While a Military Aviation Authority (MAA) probe into the accident was undertaken, no Fatal Accident Inquiry (FAI) was because at the time rules did not allow an automatic civilian inquiry into military deaths.

One of the outcomes of the MAA report was that collision warning technology, had it been fitted to the aircraft, may have saved lives, with the report author saying that it was an “unsustainable position” for the Ministry of Defence not to fit such systems to the current Typhoon fleet.

That was an argument pressed often by former Moray MP Angus Robertson – and one that current MP Douglas Ross seems determined to continue: “I believe that any measures that can be taken to reduce the risk to aircrew in training and operations must be considered – and I will be questioning defence ministers on this.

“Five years on from the tragic incident it is important that lessons are learned.” The Ministry of Defence insist that safety remains of paramount concern, adding that they remain committed to installing a collision warning system to the Typhoon fleet “as a priority” – however, critics point out that five years on not enough has been done.

Meanwhile at Holyrood, Moray MSP Richard Lochhead has said that the continuing lack of collision warning systems should be regarded as ‘new evidence’ and allow a FAI to take place.

New rules introduced last month allowing FAI’s on military deaths, but these are not retrospective unless there is new evidence.

Mr Lochhead told the P&J newspaper: “I believe the correct course of action is for the Crown Office to consult with families of the lost crew members to establish their views on conducting a FAI into the crash now that legislation has changed.

“There is a strong argument that it would be in the public interest for an FAI – it would allow the relevant issues to be addressed in a far more open and transparent manner and for proper scrutiny of the relevant authorities and issues.

“As we mark the fifth anniversary of this tragic crash, it is vital that lessons are learned from a full investigation and to allow the bereaved some closure should an FAI remain their wish.”