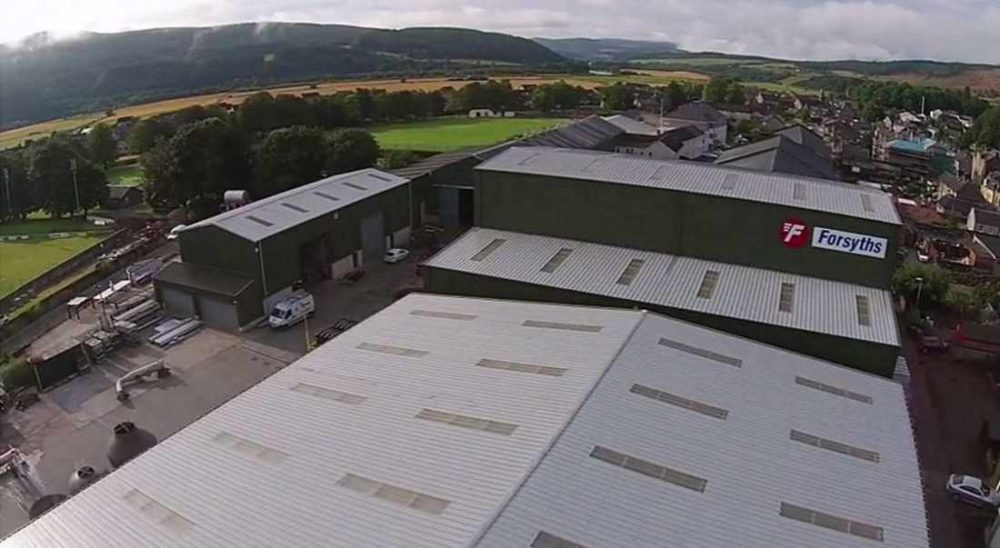 A WORLD WIDE BOOST in the drinks industry has helped a major Moray-based firm to achieve its best financial results in half a century.

Distillery equipment and energy industry fabrication firm Forsyths of Rothes have reported increases in both profit and turnover – than say that is thanks mainly to buoyant drinks industry.

Figures for the year to October 2016 showed pre-tax profits that had risen by over £3million while turnover leapt from £38million to £52million compared to the year before.

Richard Forsyth is the third generation in the family to run the business and said he was “very pleased” to report the best ever financial results in his 50 years with the business. He said: “With both turnover and profit up – mainly due to the successful completion of overseas distillation contracts – we at Forsyths are delighted.

“This is especially when our oil and gas business has been challenging at times due to the industry still being in the doldrums. However, we are encouraged by recent signs of improvement in the oil and gas sector and couple with a continued buoyant worldwide drinks industry, it bodes well for Forsyths in the foreseeable future.”

Amongst its worldwide business, Forsyths also opened the restored Station Hotel in Rothes last year – opening up the business for drink industry corporate hospitality as well as for the general public. The firm also stepped in to save the town’s Highland League side from closure at the start of the 2016/17 season, paying off a tax debt that allowed the club to play on.

In total the Forsyths group was responsible for providing employment to 380 people in the last financial year.