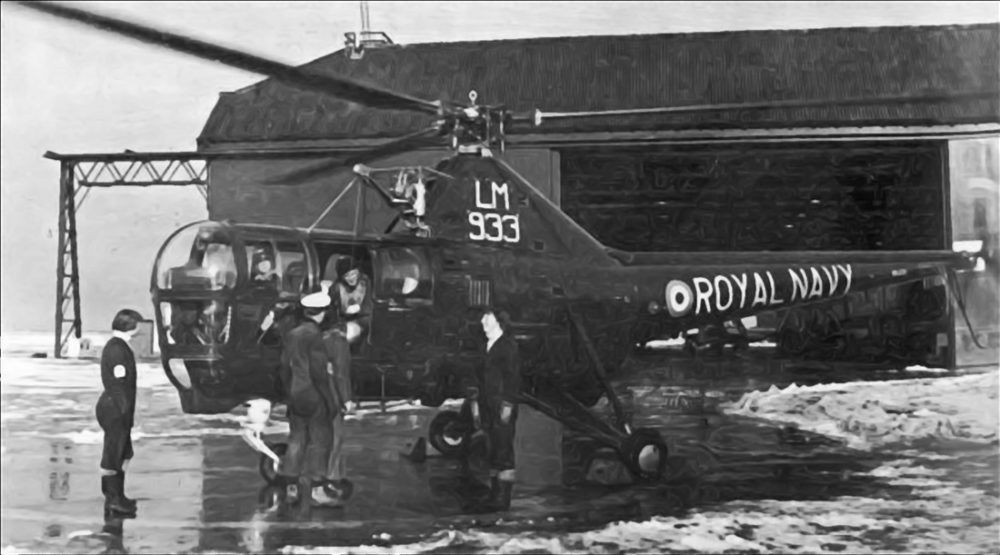 MORAY’S SCIENCE AND AVIATION attraction is breaking all records this summer as people flock to the former Kinloss school that is now a magnet for visitors.

A visit to the Morayvia page on TripAdvisor will reveal that simply nobody ever leaves disappointed with their visit – 100 reviews up to yesterday shows that 96% of visitors gave it a five-star ‘Excellent’ rating – and even the other 4% consider it worthy of four-stars ‘Very Good’.

Part of the success story is clearly the hard work of the team of former aviation professionals and enthusiasts who voluntarily run the facility – and who have brought several superb examples of aircraft that once served at the military bases in Kinloss and Lossiemouth.

For those who have visited there always seems to be something new as the team continue to strive towards improving the number and quality of exhibits. The next in line to be unveiled is a veteran of the Fleet Air Arm, a Dragonfly helicopter once common to Lossiemouth when the base was under the control of the Royal Navy. Morayvia Chairman Mark Mair said: “Not so long after we had our royal visitor to stamp his seal of approval on Morayvia, we reached another milestone of 100 TripAdvisor reviews – and to have maintained a five-star rating throughout these is, as our supporter the Lord Lieutenant of Moray, Grenville Johnston, said – remarkable.

“We have gone from a pipe-dream thought up by a few enthusiastic people to a fully-fledged visitor centre that is now one of the top three attractions in Moray, where visitors of all ages have seen the hard work that has gone into creating Morayvia – and very much appreciated it.”

The Dragonfly will be returning ‘home’ to Moray in a few weeks when it will be refitted by the team in preparation for permanent display.

Morayvia is currently open on Thursday, Saturday and Sunday each week from 11am until 5pm.