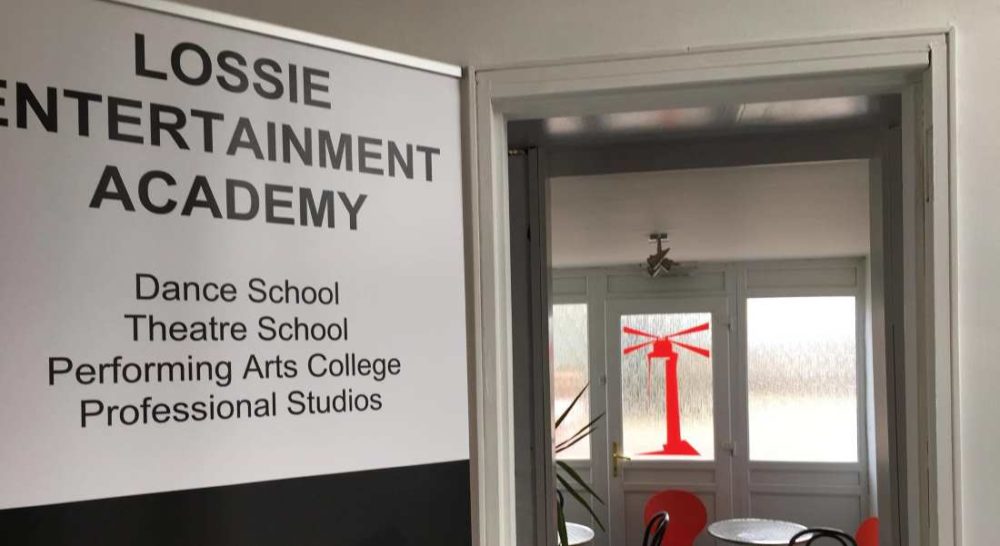 A MORAY ENTERTAINMENT school that put Lossiemouth High Street firmly on the map has completed extensive refurbishing – and ended years of speculation that they were set to leave the area.

Lossie Entertainment Academy (formerly Rock Academy Performing Arts) has been on the High Street in Lossiemouth for over 20 years – a remarkable achievement given the number of Moray High Street businesses that have closed over the last decade.

Co-owner Diane Aspinall told insideMORAY: “The Academy opened its doors in 1997 as The Classical Dance Centre – and from there we developed Ecosse Performers college.

“In 2010 we became much more than a dance school when we added music and musical theatre into the mix with Rock Academy Performing Arts. Now as Lossie Entertainment Academy, we are one of the only independent colleges north of the central belt to offer classes and courses in Dance, Fitness and Musical Theatre.”

The Academy gained international recognition in 2014 when the late Hollywood producer and TV celebrity David Gest teamed up with the Moray business to stage a musical about Robert Burns. Co-owner Tish Tindall said: “That’s when the rumours started and then earlier this year when the Royal Mail Sorting Office and Post Office finally closed, people thought we were off to Hollywood!”

The newly refurbished premises reopened its doors to the public yesterday, Ms Aspinall adding: “Developing the Lossie brand was so important to us, this unique coastal setting is our USP and I am delighted to say we are attracting pupils, students and teachers not only from Moray, but from Aberdeen and London.” Now the Entertainment Academy is set to branch out again, preparing to set up classes and courses in music from January 2018.

Ms Tindall said: “The expansion of our curriculum is crucial to our quest to see the redevelopment of the Performing Arts as a Creative Industry in Moray and the revitalisation of Lossie High Street.”

Moray’s MSP Richard Lochhead has expressed his delight that the Academy is still progressing after 20 years, saying: “Lossie Entertainment Academy just keeps going from strength to strength and has been hugely successful in putting Moray on the map, by delivering first class performing arts education locally.

“As local MSP I have always been very proud of what the team at the academy has achieved and I’m really excited to see the refurbished premises.

“I know that they will continue to come up with new and innovative ways to showcase the talents of their students and I look forward to watching them continue to grow.”

Classes will resume at the Academy on September 4.