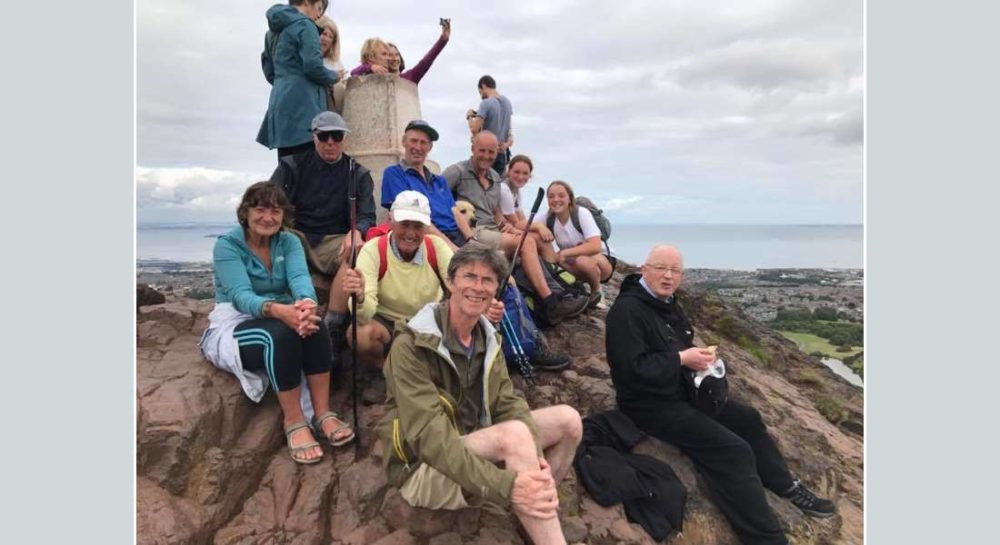 DETAILS ARE EMERGING of the ceremony being prepared to welcome a team of supporters who will arrive at Pluscarden Abbey at the end of a 1400-mile walk.

The unique and highly ambitious Pluscarden 1230 Pilgrimage is due to arrive back at the Abbey at around 2.30pm on Friday, September 1.

A stone has been carried from the Abbey of Pluscarden’s founding monks in Burgundy and will be handed over to Pluscarden monks where it will become the foundation stone for the planned restoration of the Abbey. The stone will be carried for the final mile of the journey by Garmouth man Al Monkman and Maria Byron from Buckie – both having walked the entire distance, with Al accompanied every step of the way by his dog, Rinnes.

One the final day, which is the 89th of the Pilgrimage re-enactment, the pilgrims will set out from Logie and travel via Rafford to the Abbey. The final group will be joined at various stages by pilgrims who had took part in earlier week, supporters and children from Mosstowie Primary School.

A spokesman said: “There will be a gate-opening ceremony and a short service on their arrival, at which time a message will be read out from the Pilgrimage Royal Patron, Her Royal Highness Prince Michael of Kent.

“A late lunch BBQ will be held afterwards for all those pilgrims who have participated over the 13 weeks and those who have been offering their support.”