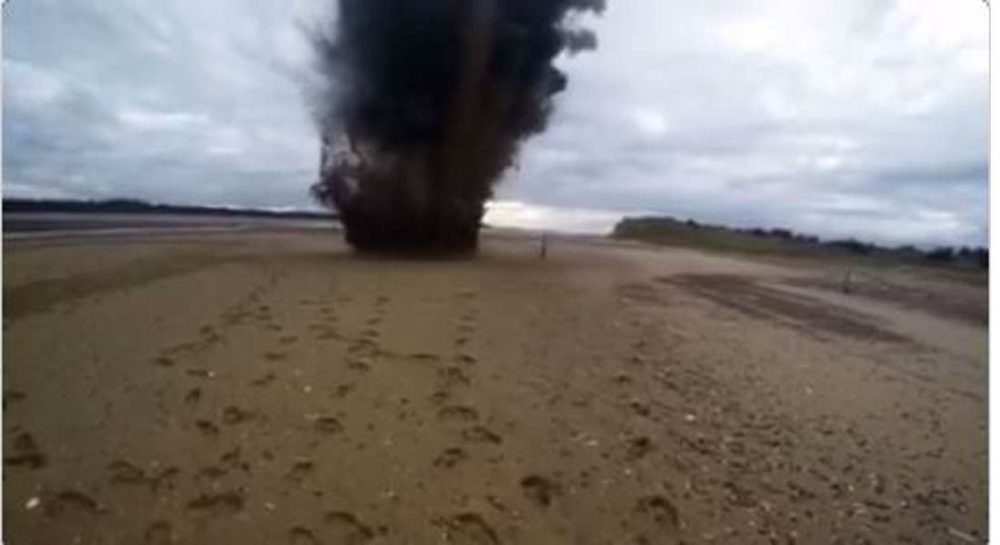 A MASSIVE EXPLOSION that was felt for miles around in Moray on Sunday has been explained by local Coastguard officers.

People in and around Forres reported the explosion that “shook the ground” – with early speculation suggesting it was a thunderstorm.

However, when a bomb disposal unit was spotted in Forres thoughts turned to unexploded bombs – and, as revealed by the HM Coastguard in Moray, that is exactly what it was.

A report on the local Coastguard social media page said: “If you were wondering what the large bang heard through the Forres area yesterday evening was – it was the result of some unexploded ordnance that had been found earlier in the day [on the beach at Culbin].

“Our Coastguard officers from Nairn attended to assist the Police and the Army Explosive Ordnance Disposal team from Edinburgh.”

Of concern for Coastguard officers was that the items had been dug up by enthusiasts with metal detectors – who, having found the bomb, continued uncovering it until it was completely out of the ground!

In a warning to any others who find themselves in similar circumstances, the Moray Coastguard team offered advice that first the finder should not disturb it any further or move it at all. They should then warn others and keep them clear, call 999 and ask for the Coastguard – and be prepared to give a description of where and when the item was found.

You should also stay clear of the area until help arrives.