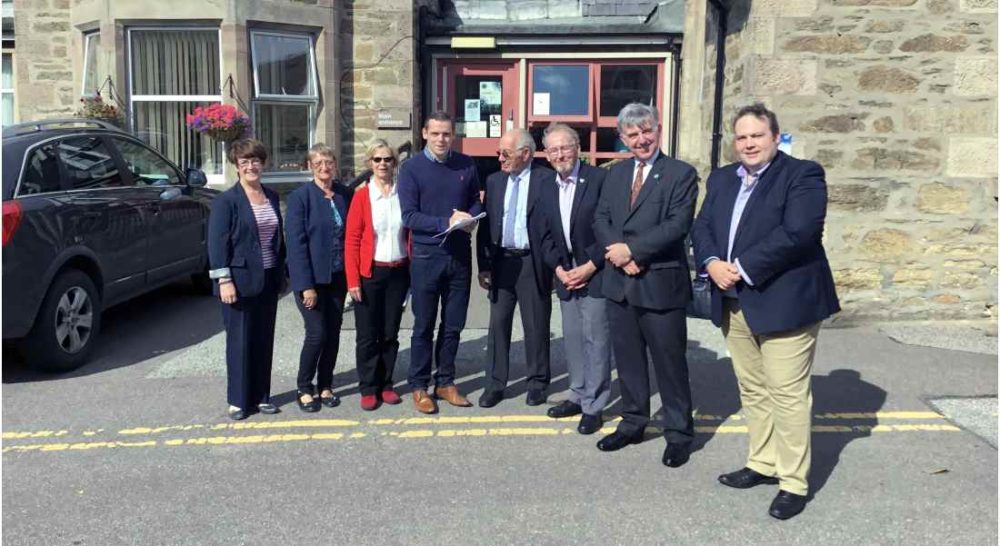 DOUGLAS ROSS HAS offered his support to campaigners in Keith who are battling for a new health centre to replace their currently outdated facility.

Mr Ross met with the campaigners, GPs and staff at the health centre on Monday as well as members of the Keith Patient Participation Group, local councillors Donald Gatt and Ron Shepherd and the MSP for Highlands and Islands, Jamie Halcro-Johnson.

Following the meeting Mr Ross said: “It was extremely useful to hear from local GPs and the Patient Participation Group about the current condition of the health centre and hospital and their plans for a new build. Getting a tour of the facility highlighted many of the areas where improvements are needed but are not possible given the state and age of the building.

“Local campaigners, staff and users of the centre have been very patient up to now but it is clear that they need action on a new building rather than simply talking. Since the meeting I have contacted Pam Gowans at the Moray Health and Social Care Partnership and the Chief Executive of NHS Grampian. With colleagues I will also be pressing the Scottish Government for action.

“What everyone needs now is an assurance a new facility will be built. Already the practice is struggling to attract new GPs and the many services that should be available are restricted. I am calling on all parties to work together on this project.

“I have pledged my support to the Patient Participation Group which has done great work and I am seeking assurances that a stage one Initial Agreement Document will be submitted in support of a new health centre for Keith.

“Anything less would be unacceptable to campaigners and the local community who have waited too long for this replacement health centre and hospital.”