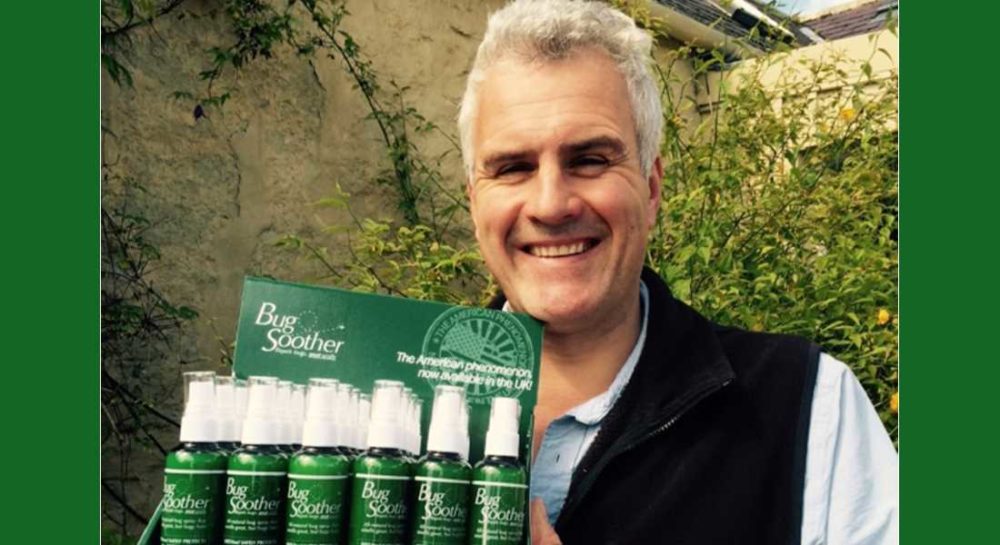 A REVOLUTIONARY PRODUCT that was found by many to be the ultimate answer to the Highland Midge is celebrating stunning success thanks to a Moray businessman.

As first reported by insideMORAY in July 2015, Moray man Willie Petrie spotted a story about a US product ‘Bug Soother’ – and soon after became the sole distributor of the product in the UK.

Two years on and Willie has now secured a deal to distribute the product in 500 stores throughout the UK via one of the country’s leading pharmacists.

Willie, who lives in Pluscarden, has secured the deal with LloydsPharmacy – opening up a massive market compared to the 52-year-olds efforts of selling at trade fares, local outlets and online.

He said: “This is the break that I have been waiting for. I have been selling Bug Soother UK since 2015 and once people have tried it they never go back to anything else, but to have the backing of LloydsPharmacy just goes to show what a quality product we have.

“Not only does it shield you, but it’s an amazing anti-inflammatory for all types of insect bites. It even works on nettle stings.

“I have been in negotiations with Lloyds for a few months, but this week we reached a deal and the product is already being distributed through its stores. In America, where I discovered the product, it has been flying off the shelves and is now a multi-million pound enterprise. There is no reason why that can’t happen in the UK.”

Willie believes Bug Soother UK holds the magic formula to repelling many insects but in particular the dreaded midge which has been the scourge of the Highlands of Scotland for centuries. The midge is one of the north’s biggest problems in the summertime and fending off their ferocious fangs can seem like an impossible task especially as there are over 30 different types of the hungry creature in Scotland alone.

Explaining what puts Bug Soother above other products on the market he added: “Bug Soother is special because there are no chemicals in it. It’s made with lemon grass, vanilla, castor oil, soya lecithin, lemon, vitamin E and purified water.

“It’s sold in a spray but goes on like a lotion – as has been shown in the States because the product is non greasy, contains no harmful chemicals at all and smells great it can be used for a whole variety of outdoor activities from horse riding to fishing and golf.

“I am certain it will repeat its success over here. What is also great is that it contains no Deet.”

Bug Soother was made by Simply Soothing a family-owned business in Iowa by the banks of the Mississippi. It was created by Freda Sojka who wanted to create something for her five-month-old grandson. It was an overnight success and to date the company has sold four million bottles.