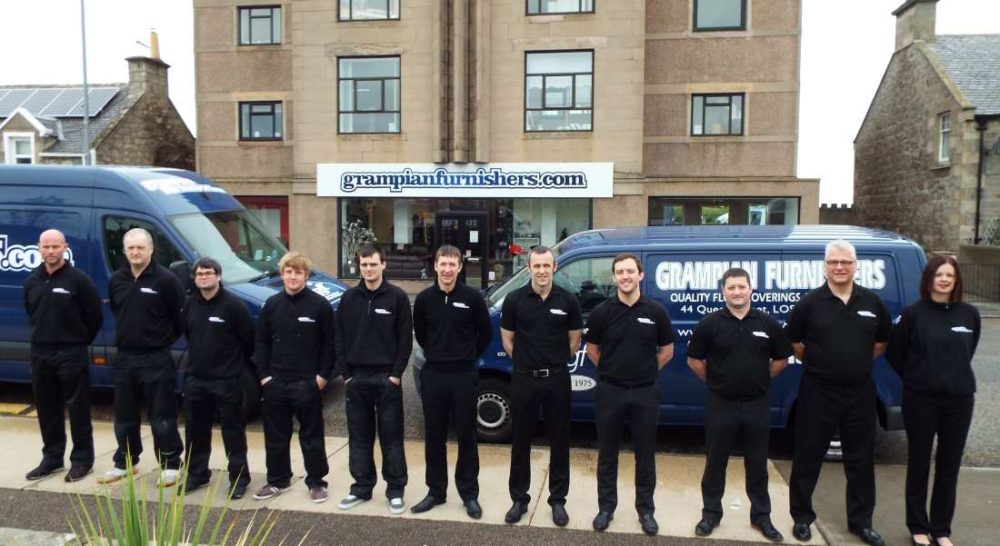 A PETITION IN SUPPORT of a local Moray retailer seeking to invest around £3.5million in a new store in Elgin has reached well over 2000 signatures.

Grampian Furnishers owner Royce Clark raised the petition on the advice of his own customers, who are incensed that the inward investment plan is being opposed by Elgin BID.

In an interview with Wave Newsbeat, a weekly radio news show collaboration between Wave Radio and insideMORAY, Mr Clark pointed the finger firmly at the Elgin town centre body, saying that they appeared to appeal against any out of town retail plan as a matter of routine.

The store owner, whose business currently occupies the former cinema in Lossiemouth and plans to move to new custom-built premises five miles away on the outskirts of Elgin, said: “A few customers had said to me that we should get a petition going or we’ll do it for you, we think this is really hard on you if the council chose not to let you go ahead.

“Elgin BID objected [to the plan] and I thought that a petition was perhaps something for afterwards if we were turned down, but several people said I should do it now.

“We hit 2150 signatures at the end of last week in the space of a week so clearly a lot of people are really behind this. Hopefully we can get a few more.”

Over the weekend the petition gathered another 100+ signatures – now the businessman hopes that many more will voice their concerns over the objection to one of the largest ever inward investments by a Moray retailer.

He added: “We have found out that the planning meeting is not going to be until October 4, a bit later than we had anticipated – but I’m told that is the first available opportunity when all relevant parties are available.”

Mr Clark said that a great deal of time and money has already been invested in locating the ideal site for the new store – including meetings with Elgin BID: “We spent around two years looking at all the empty buildings in Elgin – and let’s be honest, there are quite a few.

“All those in the town centre were too small. We looked at almost every available opportunity for land – we even looked at the old church up beside the police station and the old Comet store.

“We even looked at St Giles Centre before meeting with Elgin BID to talk over what was available, perhaps something that was not yet on the market but they agreed there was nothing suitable. At that point, I notified them that it looked like we were going to have to build something outside the town centre.

“So when they objected it was a bit disappointing to say the least, us having consulted them. However, they seem to have a policy that anything outside the town centre they object to, and that has been the biggest disappointment in the whole process so far.”

Accepting that Elgin BID have a job to do in protecting Elgin town centre retailers, Mr Clark pointed to a report he obtained from a planning specialist who studied the impact his store might have on existing local business.

That concluded very little impact would result, pointing out that Grampian Furnishers is a business that has been operating already in Moray for many years.

Mr Clark told Wave Newsbeat: “One of the things we had to do for the planning application was employ a planning specialist who demonstrated that [our plan] did not have a negative impact on Elgin town centre.

“What that report pointed out was that we are an existing local business moving just five miles along the road, so it is not a full impact of a new business over Elgin it would be the uplift – and that is not seen as having a major impact on the town centre.”

insideMORAY provided Elgin BID with a copy of this report in advance and invited them to comment, as yet no response has been received.

The petition can be found online here.