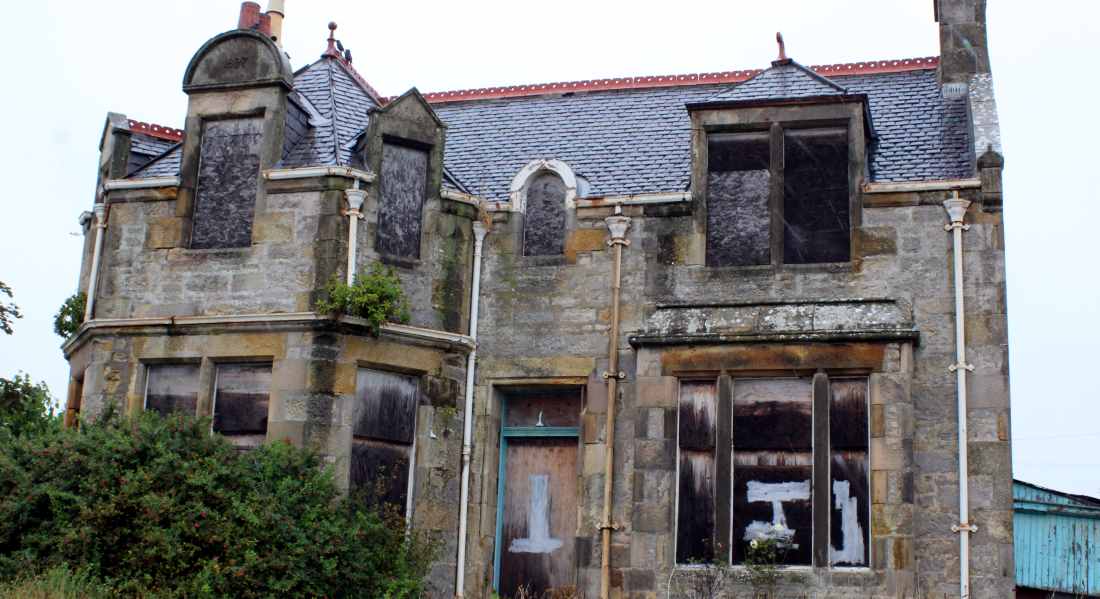 DESCRIBED AS ONE of the most magnificent eyesores in Moray, the abandoned home in the town’s Prospect Terrace could finally receive a new lease of life.

Councillor today started the process that it is hoped will ultimately see ownership of ‘Braelossie’ being taken by the local authority – after the home had lain empty for 20 years.

The home, which prior to its being abandoned had been converted into two flats, was severly damaged by a fire in 2015. It had before and since been a target for vandals and is listed on Scotland’s ‘Buildings at Risk’ register.

Moray Council’s building standards officers have secured the building on several occasions, including after the fire. Now a report will be sent to full council, which will decide whether to proceed with a Compulsory Purchase Order (CPO), allowing for the property to be sold and brought back into residential use. Members of the council’s planning committee were told today that a number of people have previously contacted the council, interested in buying the property in its current state.

Chair of the council’s Planning & Regulatory Services committee, Councillor Claire Feaver, said it will be important to see the property brought back into use.

She said: “If we’re successful in securing a compulsory purchase order for Braelossie, it will pave the way for residential accommodation to be provided on the site, which is in a prominent position overlooking Lossiemouth’s East Beach and beyond.

“It won’t be an easy or a quick process, but we’re confident that bringing the plot back into use will put an end to the anti-social behaviour which neighbouring residents have reported, and provide a new home, or homes, for families in Moray.”

Full costings associated with a CPO will now be calculated and reported back to the council, before any further action is taken.