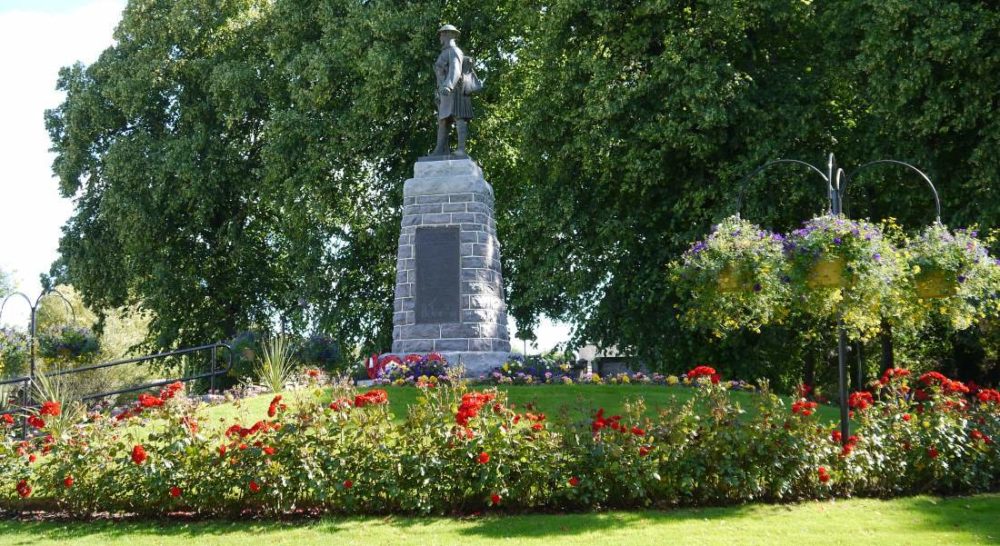 PLANS ARE BEING laid for people in Forres to hold their own act of Remembrance on the official day laid aside for that purpose.

The unusual move is being promoted by insideMORAY readers who have been left baffled by the insistence of the local Royal British Legion Scotland branch to ignore public opinion and go ahead with plans to hold the ‘official’ service a week earlier than the rest of the nation.

Helping to organise an alternative to the RBLS-led event is Sarah Jane Munro, one of many readers left angered by the attitude of the official event organisers who she said have shown scant respect for public opinion over the issue.

“Remembrance Sunday has been observed on or near November 11 since the end of WWII – quite why people in Forres should be told that needs to change to in some way ‘make it better’ is demonstrates a lack of respect for residents in the town.

“It should not be about how many soldiers can attend. I recognise that it is great to have as many serving men and women as possible who wish to pay their respects in Forres, but they are not essential – this is a time laid aside for individuals and groups in our communities to pay their respects, something the RBLS Forres seems to have lost touch with.”

Sarah Jane will be joined by many insideMORAY readers who have been incensed by the reaction to a poll on the site that showed almost 95% support for holding the official Remembrance on Sunday, November 12.

Pointing out that their intention was not an organised boycott of the official event, Sarah Jane added: “All we wish to do is ensure that people in Forres have an alternative option, that they can join like-minded friends and family who wish to pay their respects at the official time on the official date.

“It is always wonderful to see the military on parade on Remembrance Sunday – I would certainly not object to people attending a week earlier if they so wish, that is their right. But with many others I feel that it is just wrong for Forres not to have its own ceremony on the correct date.”

Any individuals or groups who wish to take part in the public show of respect in Forres on November 12 is asked to Email Sarah Jane, via editor@insidemoray.news so that the numbers likely to attend can be properly assessed and, if required, police and council authorities informed.