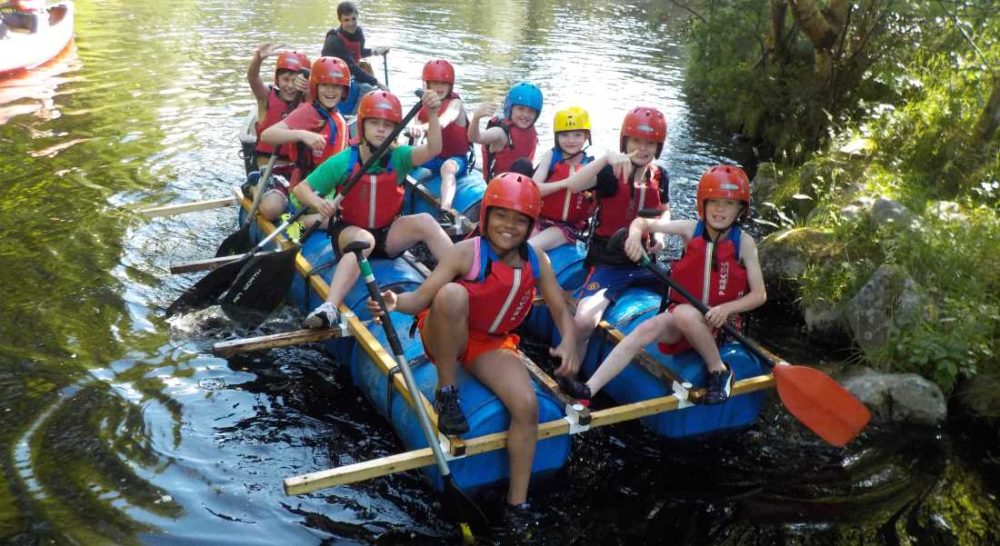 A ROYAL BRITISH LEGION funded initiative that allows young people with parents currently serving or having served in the Armed Forces is being highlighted by RAF Lossiemouth.

Through the ‘Poppy Break’ initiative young people can participate in residential outdoor adventure activities – this will be the third year that RAF Lossiemouth has run a Poppy Break – and it was bigger and better than ever before.

Evenings were spent splashing about in the pool, relaxing in the movie theatre, singing around the campfire, playing board games, or slipping and sliding along a very foamy outdoor water slide. The children also had one night sleeping out under the stars. Each evening featured a short ‘Thought for the Day” session where with support from Padre Andrew Tucker the volunteers led discussions on the RAF Core Values – Respect, Integrity, Service Before Self, and Excellence. These thought provoking sessions encouraged the young participants to better understand what it means to be in the Armed Forces and how they too could apply these principles in their daily lives.

SAC Mike Tyrer was one of the volunteers from RAF Lossiemouth helping to run the event, he said: “I have not only developed my own leadership attributes but also, hopefully inspired a special group of young children to have confidence in their own abilities and to aim as high as possible in all that they do.

“I firmly believe they will remember their fantastic time spent here and will have grown not only as individuals but also as teams. Which is what the entire Poppy Break experience aims to achieve.”

Adele McIlwraith is mum to Lexi, aged 10, who’s shown a noticeable change in confidence since coming home from the Poppy Break.

Adele said: “I don’t think you guys realise the difference a trip like that makes to her. She’s come home with more confidence than we could have instilled in her ourselves, and for a timid girl like Lexi that means so much.”