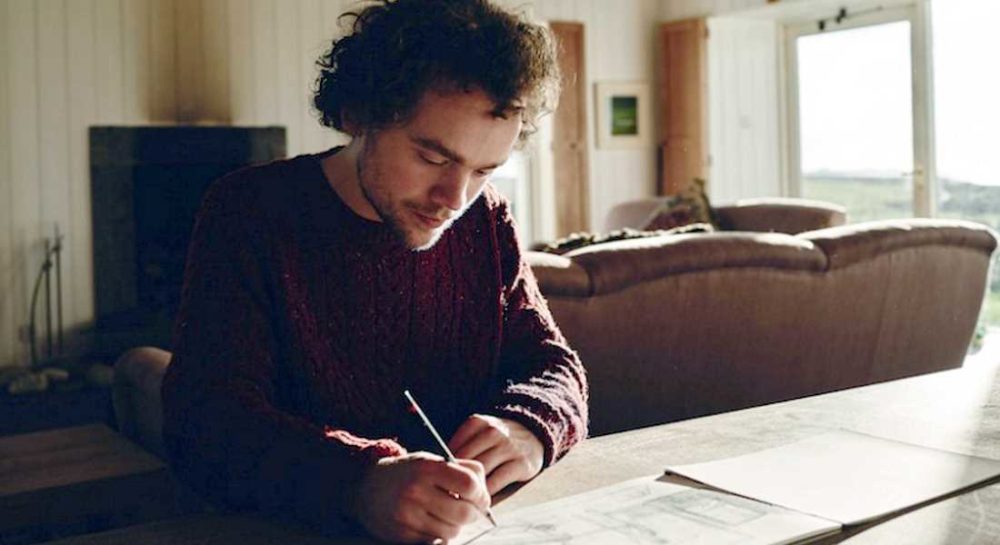 A FORRES-BASED MUSIC composer who has been inspired by the Moray coast in writing his highly acclaimed compositions is set to use modern-day methods of financing his next project.

Alexander Chapman Campbell is one of Scotland’s best known musicians, acclaimed for his music of ‘striking beauty and originality’ – producing original music that is ‘a glimpse of something new – not jazz, not classical, not improvised’.

Now he is about to release a new work that was inspired by five weeks in the summer of 2015 spent walking on a 650km pilgrimage route to Norway – where he was looking for solitude, wilderness and time away from the piano.

But it didn’t quite go to plan, as he explained: “It was supposed to offer me a break from music. I had no expectation of playing or even seeing a piano – but something amazing happened on that journey and it turned out to be the most creative five weeks of my life.”

By chance, wherever Alexander went, however remote, pianos appeared. “The first place I stayed in had four pianos,” he recalls.

Alexander found himself pouring out music, inspired by the beauty of the landscape around him. Over the five weeks of walking, he took any opportunity he could to play – in churches, halls or people’s homes.

He wrote in his journal on day 17 – July 9 while in the Rondane Mountains: “I went to the piano, feeling a bit lost and challenged by the journey But the music began to work. There was a lot of emotion behind it. I played with my eyes closed. Ideas came and something began to emerge.”

Alexander used his rare ability to memorise music instantly after he has composed it. He carried all of the music in his head and heart until he returned home and was able to write it down.

The result is Journey to Nidaros, a collection of piano music inspired by his journey from Oslo to Nidaros Cathedral in Trondheim.
Crowdfunding

Having self-funded, released and toured his previous, acclaimed album Portraits of Earth, Alexander is now crowdfunding to support the recording and promotion of Journey to Nidaros.

He said: “Together we can bring these new compositions to life and spread them far and wide. You’ll be the first to hear them and I’m excited to be offering a range of unique rewards in appreciation of your continued support.”

Rewards range from a signed CD, print of cover art (by Alexander’s brother) to a hand-written score, a private concert or even a personally commissioned composition. He managed to reach 50% of his £7500 funding target in the first 24 hours.