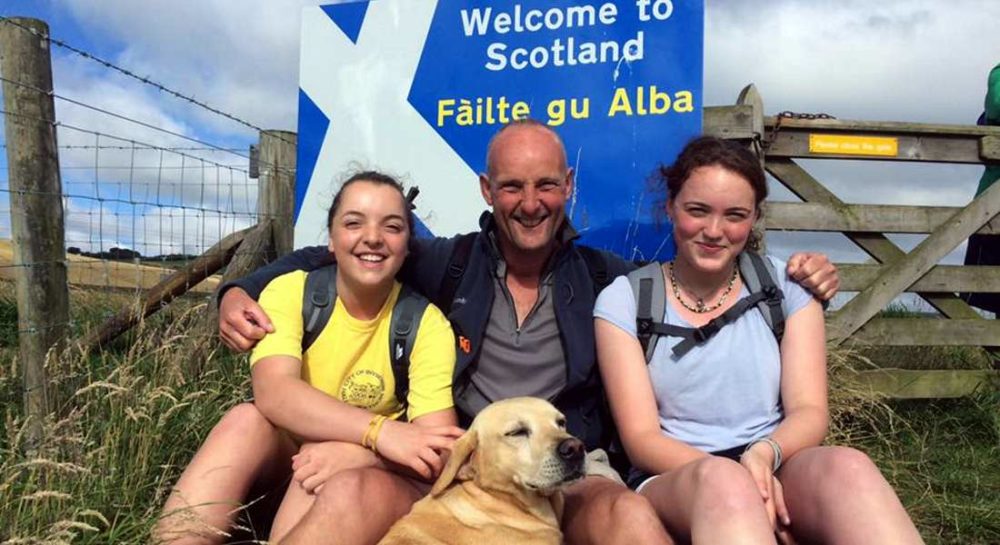 AN EPIC PILGRIMAGE retracing the original journey to Pluscarden by a group of Monks from Burgandy is approaching its 1230-mile long conclusion.

The sponsored pilgrimage set out on June 5 to both mark the historic founding of Pluscarden and to raise funding for restoration work being undertaken at the Moray Abbey.

A group of volunteers have undertaken the massive task but now they are fast approaching the final legs of a journey which is expected to end with their arrival at Pluscarden on September 1.

Reporting on progress so far Dr Glen Reynolds said that the group have just spent a weekend as the guests of the Duke of Northumberland at Alnwick Castle: “Cake was produced to mark what was the 1000th mile walked as week ten took the group up the Northumberland coast.

“Having passed Holy Island, the border into Scotland was finally crossed and the group proceeded through the Lammermuir Hills to Edinburgh. Overnight stays were spent in Berwick upon Tweed, Nunraw Abbey and Musselburgh before the final arrival on the top of Arthur’s Seat.”

Al Monkman and his dog Rinnes have walked the entire distance and was joined by his daughters Sarah and Joanne. Two others teamed up with the group again having completed the second and third weeks – Joe Staton from Westminster and Robbie Young from Elgin.

Glen said: “Week 12 will see our determined walkers travel from Tyndrum up the west coast to Fort William and then on to Fort Augustus.

“Week 13 will see the group heading for Loch Ness with a detour to visit Beauly Priory, which was founded by the same group of monks who founded Pluscarden.

“They will have overnight stops at Drumnadrochit, the Black Isle Brewery, Cawdor Castle and Logie.”

Glen confirmed that plans are now being finalised for the arrival of the Pilgrimage at Pluscarden Abbey on the early afternoon of Friday, September 1.

More details on the route of the Pilgrimage can be found here.