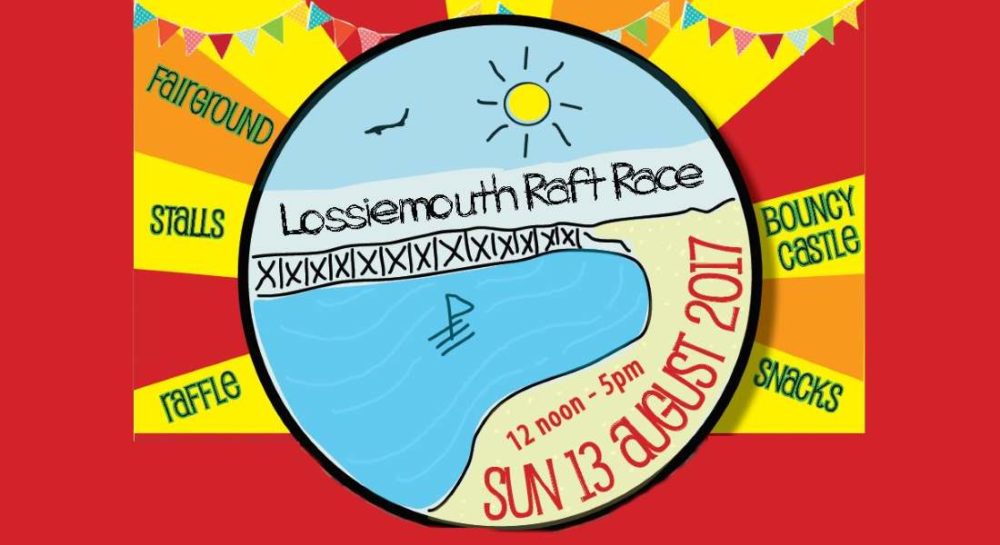 THE FAMOUS TOILET SEAT trophy is up for grabs again this weekend after being blown away this time last year.

Sunday will see the return of the Lossiemouth Raft Race, one of the best attended events in the Moray summer activities programme.

RAF Lossiemouth and Moray Council have organised the popular summer event once again  – and hoping for better luck after high winds made it unsafe in 2016.

Profits from the Race will be donated to three charities this year: ‘MFR Cash For Kids’, ‘Moray Inshore Rescue Organisation’ and ‘Outfit Moray’.  Tulloch of Cummingston committed to become the main sponsors of the Lossiemouth Raft Race until 2021.

This year the race organising team is being led by Sergeant Sarah Tompkins-Le.

Although this year’s race will not have a theme, Sarah hopes families will still support the popular local fundraiser, she said: “This year we have a range of stalls including local craft and food producers, a bouncy castle and fun fair, and some great raffle prizes from Benromach, Harbour Lights, Tesco and Walkers Shortbread.

“For our younger visitors Lego Batman, Carl the Minion and Doc McStuffins will be coming along as our special guests.

“Fifteen teams have entered so we’re expecting a good race – and I hope everyone will come along, have a great time cheering on the teams, and help us raise money for our three chosen charities.”

Prizes will be awarded for the best team costume and raft design, as well as the race winners – who will get the famous toilet seat trophy!

It is hoped that as a prelude to this year’s race there will be a prelude – rowers from two Moray clubs are hoping to hold their own demonstration event.  The Findochty and the Burghead boats put on a demonstration during the Seafest event in the Moray town last month – now they have been invited back to show their skiffs in action.