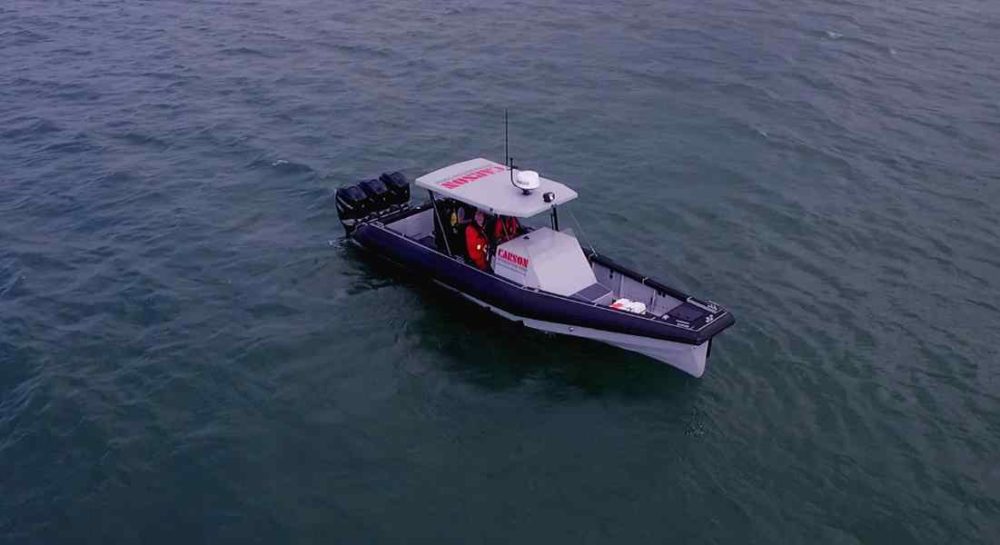 A MORAY BOAT BUILDER is celebrating after being granted a £50,000 loan by Business Loans Scotland – allowing production of their latest model to go international.

Buckie-based ProBond Marine Ltd are the manufacturer of the Carson Rigid Inflatables – a new design that has been hailed as a revolution with a number of uses.

Colin MacAndrew, 35, founder of ProBond Marine, has enjoyed sailing since childhood in his hometown of Aberdeen. Aspiring to run his own business and move on from the oil industry, 23 months ago he launched his own company, initially operating out of his parents’ garage.

Determined to make his vision a reality, Colin received support from Highlands and Islands Enterprise, (HIE) and Business Gateway in Elgin. With £65,000 from HIE to build a demonstrator model to take to trade shows and an introduction to Business Loans Scotland by Business Gateway and advice on his loan application, Colin’s subsequent application to Business Loans Scotland for £50,000 was successful. Speaking about the difference the loan will make to ProBond Marine Ltd, Colin said: “Ultimately, without the funding from Business Loans Scotland we would have been in a sticky position, so I was very relieved when I learned we had received the funding.

“We tried several other organisations for financial assistance but were unsuccessful. Business Loans Scotland has allowed us to continue with our exciting plans for ProBond Marine and Carson Rigid Inflatable Boats.

“Looking to the future we hope to keep growing as a business, showcasing what we have on offer at trade shows and to markets further afield such as Scandinavia and America.”

Andrew Dickson, Fund Manager from Business Loans Scotland, added: “It is well documented that access to capital remains a major hurdle to many small and medium sized businesses which are looking to start up and grow.

“Often, our funding can make the difference between a business struggling or flourishing and that in turn will have a positive impact on employment, profitability and making communities stronger. I am delighted the fund has been able to support ProBond Marine Ltd with vital working capital to get started.”

John Cowe, Chair of Moray Economic Partnership and Board Member of Business Loans Scotland, said: “This is more great news for Moray and another example of the spirit of entrepreneurship and business leadership we are seeing drive the local economy forward. I am delighted for Colin and the team.”

Business Loans Scotland is a consortium of Scotland’s 32 local authorities, providing loan finance of up to £100,000 to new and growing small and medium sized businesses across Scotland.