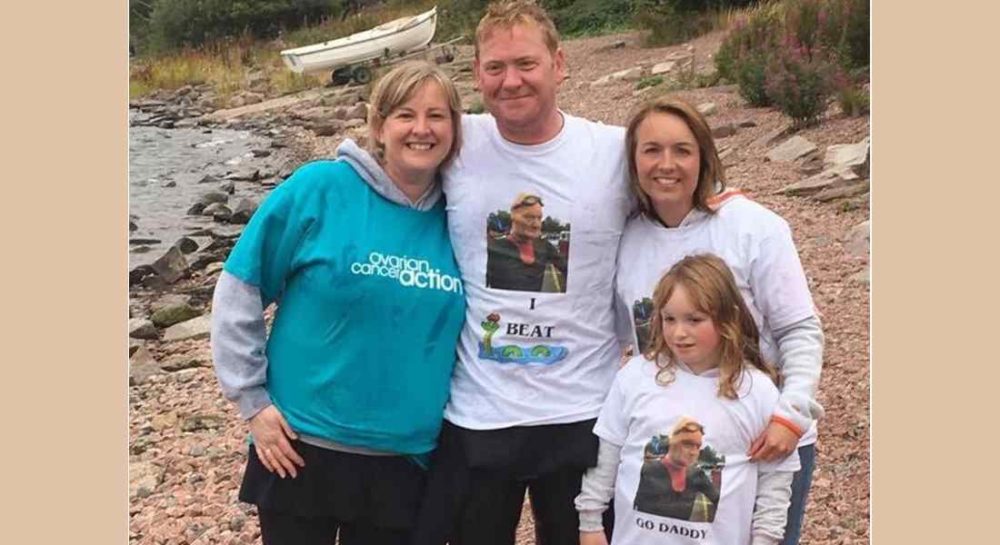 AN RAF AIRMAN has been talking about the biggest challenge of his life, swimming the entire 23-mile length of Loch Ness.

As featured earlier this week by insideMORAY, Flight Lieutenant Ian Smith, who is the Media & Communications Officer at RAF Lossiemouth, took on the ‘monster’ challenge on behalf of Ovarian Cancer Action charity.

Ian had been training regularly for the challenge with lengthy swims in the River Spey as well as the Moray Firth – but the distance wasn’t the major challenge for Ian, he had to overcome an almost phobic fear of dark water.

Before stepping in to the loch Ian said: “I know the distance is more than I’ve ever swum before, but the depth of the water, and not being able to see what’s in the water, means this is more of a ‘mind over matter’ challenge for me.”

The challenge began at Fort Augustus when the water was calm and the sun was just beginning to rise. A two-man support team kept an eye on Ian’s route and health during the swim across the UK’s largest lake by volume – Loch Ness contains more fresh water than all of the lakes in England and Wales combined.

Ian took regular food and drink stops to keep up his energy-sapping effort. By mid-day he was passing Urquhart Castle, where tourists no doubt wondered if they were witnessing an appearance by Nessie.

After around 14,000 strokes, at 6 o’clock in the evening, Ian reached the north end of the loch where he was met by his wife Helen and daughter Amelia, as well as his sister Alison. Despite swimming for 13 hours he was still able to gingerly walk out of the loch on to the pebbly beach alone.

After recovering from the epic event, he said: “I’m feeling not too bad, but I’m so glad it’s done. Getting in to the loch before sunrise and getting under the water for the first time really was one of the hardest parts of the swim.

“A lot of it came down to mind over matter and just having a conversation with myself about what isn’t in the water. There were a few times when the water magnified leaves and bubbles in the murky water and that really focused my thoughts for a little while.

“But it was all worth it. Ovarian Cancer Action is very close to my family’s heart, and raising over £3000 for research into ovarian cancer is much more than I’d expected. I’ve had so many messages of support and donations; I’d just like to thank everyone for that.

“Helen has said I’m not allowed to do any more challenges for a while, so I might just take it easy and stick to swimming in the pool with Amelia.”

Donations can still be made through Ian’s fundraising page