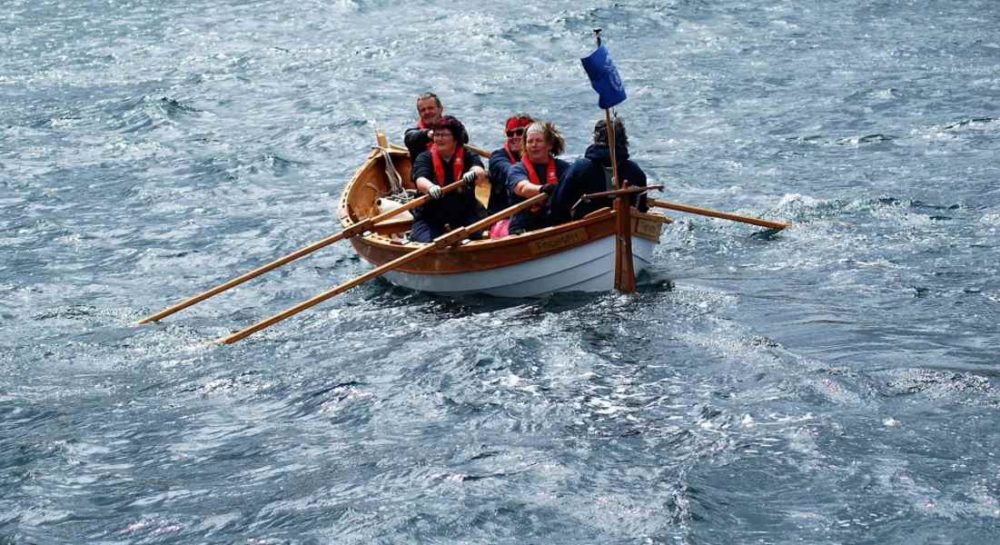 THE FIRST EVER regatta organised by the Findhorn Coastal Rowing Club is to be held this weekend.

From 12noon on Saturday the bay and piers at Findhorn will be a buzz of activity for an event that it is hoped will become an annual celebration in the bay.

The regatta will be free to attend while there will also be a BBQ and refreshments available – while there may be some on-street parking, the majority of spaces will be in the dunes car parking area.

A spokeswoman for the club said: “A number of local coastal rowing Clubs have signed up to join in the fun which will be a mix of races and other fun activities. Even if you are not a rower, you can come along and enjoy watching the St Ayles Skiffs that will be taking part.”

Inspired by the recent revival of coastal rowing and boat building, as well as stories of other coastal communities, the Findhorn Coastal Rowing Club was formed and in 2014 launched the St Ayles Skiff ‘Joppa’ for the first time in May 2015.

As part of the ‘All Aboard’ project, in conjunction with the People’s Health Trust, Findhorn Coastal Rowing Club’s invites people to celebrate and learn about our coastal heritage, connecting people of all ages through boat building and traditional skills, rowing and music.

Participants do not need any previous experience to join in with any of the Club’s activities and all activities are free – although donations are welcome.

For more information, visit the Club’s website ‘calendar’ which provides updates and schedules for All Aboard activities or look for the Club on Facebook.