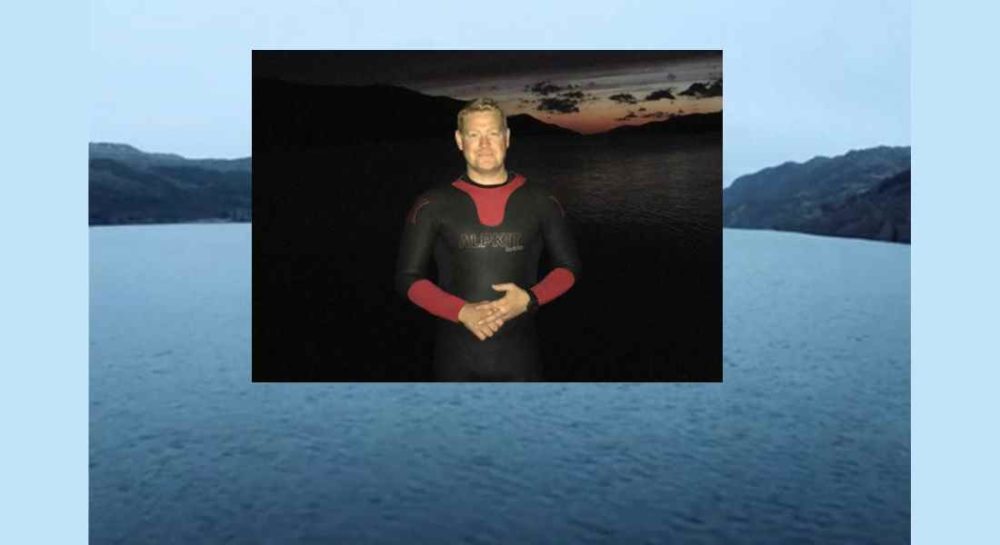 A LOSSIEMOUTH MAN took on Loch Ness at the weekend – and the only monsters were in his mind as he undertook to swim the entire length, all 22 miles!

Ian Smith was moved to take on the challenge in memory of his mother Kathleen, who passed away earlier this year after suffering from ovarian cancer.

Originally from Wigan, Ian settled in Lossiemouth ten years ago – and not long after had the company of his sister, who on a visit met and very soon married RAF airman Tim Long, who worked alongside Ian.

Ian’s mother was a frequent visitor in particular to the town’s St Margaret’s Church, where she made many friends. Early last year Alison and Ian walked the Speyside Way in honour of their mum, raising awareness and cash for the cause that had grown so close to their hearts.

Ian concluded his massive new challenge on Sunday, very tired but relieved when met back on shore by his wife Helen and daughter Amelia, Alison and her children. Tim had been beside Ian on his support boat throughout the swim.

With an initial target of £750 set for the charity Ovarian Cancer Action, Ian has already reached over £2700 – a magnificent effort – via his Just Giving site.