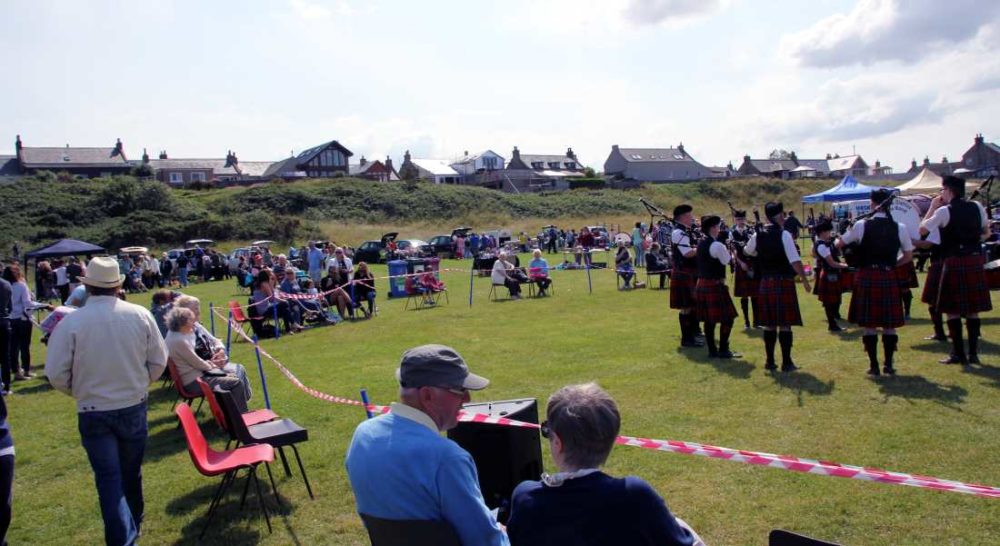 THE HOPEMAN GALA Committee has been revealed as a finalist in the search to recognise the UK’s unsung heroes.

Volunteers behind what has grown to be one of the most popular summer events in the region are in the running to win a surprise pop up party – thanks to the UK’s No.1 branded pork pie makers, Pork Farms.

The nationwide search has culminated in the top 25 finalists being revealed as part of Pork Farms Pop Up Parties campaign 2017, which called on people to nominate those in their community who go above and beyond in their acts of kindness.

Michael Holton, brand marketing manager for Pork Farms said: “This is the third consecutive year we have launched our Pop Up Parties campaign and we were overwhelmed with the number of nominations we received.

“It goes to show that there really are so many people who go out of their way to help others and improve the communities where they live. It will be a tough decision to pick five winners but we also can’t wait to recognise and reward those deserving heroes.”

The Hopeman Gala Committee was nominated by locals Pat Bray and Lindsay Nelson, who described the group as going above and beyond and get little opportunity to be rewarded for how hard they work.

They said: “The team are all key to the gala’s sustainability and the community spirit is so strong. Our gala is everything our village is about; welcoming all and bringing young and old together, having fun and celebrating local talent.”

Michael added: “The top 25 nominees are now one step closer to winning their party but it’s now over to our panel of judges to choose the final five, so we want to wish everyone the very best of luck.

“The parties themselves will be a surprise where our team will literally ‘pop up’ with all the key ingredients for a fun, quintessentially British party, complete with Pork Farms pork pies naturally!”

The final winners will receive their surprise Pop Up Party on the week commencing October 23.

For more details on the Pop Up Party campaign visit www.porkfarmsparty.co.uk.