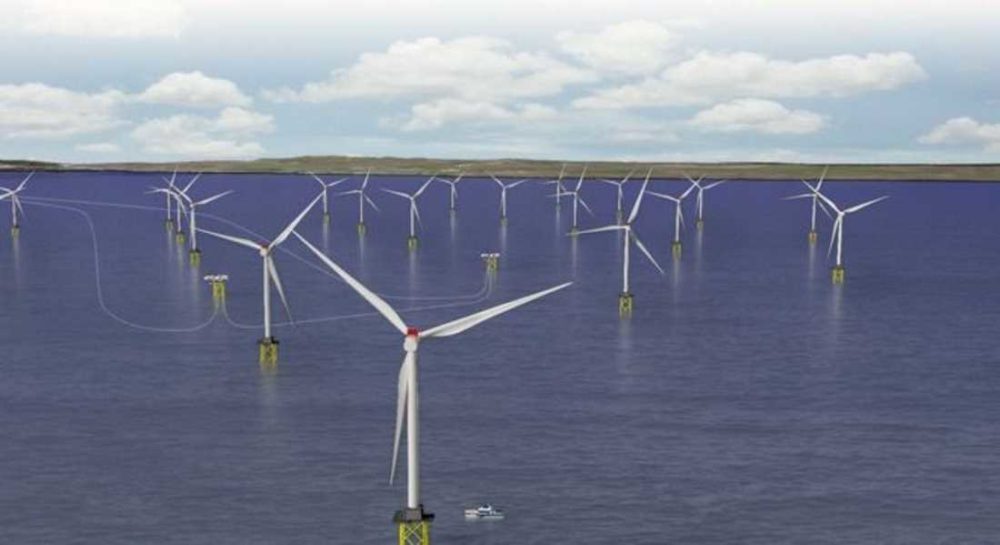 ONE OF THE LARGEST ever offshore windfarms took a major step forward on Monday when a contract was awarded for the Moray East Windfarm.

The ‘Contract for Difference Award’ will allow the offshore windfarm to sell the electricity it generates for up to 15 years – and means the windfarm will be able to produce and sell up to 950MW – enough to power almost one million homes.

Considered an important milestone for the project that was first granted consent to Moray Offshore Renewables three years ago, the news has been warmly welcomed by the chairman of the economic development and infrastructure services committee, Councillor John Cowe.

He said: “I’m delighted that we have reached another key milestone in this development. Buckie harbour is ideally placed given its location and facilities to support this massive infrastructure project.

“This is an exciting opportunity for the town and builds on our recent success of extending the shipyard and increased activity in the harbour – particularly over the last six months – to support the construction of the Beatrice Windfarm, also in the Moray Firth.

“I look forward to our continued engagement with the developer and supply chain companies in offering solutions within the harbour and surrounding area, that will attract inward investment and, as a result, jobs into the area.”

It is expected that the Moray economy will benefit from the development between Moray Offshore Renewables and their venture partners EDB Renováveis and Engie.

The announcement was also welcomed by Moray’s MP, Douglas Ross, who added: “I met with the developers over the summer and could see the potential this project had both for the delivery of renewable energy but also for investment and employment in Moray.

“I’m delighted that the contract has been awarded which has only been possible because of the support from the UK government for the offshore energy industry.

“The windfarm will generate 950MW of electricity which will not only contribute significantly to renewable power in the country, but could also lead to significant investment in the Moray area. I will be highlighting how well-placed Buckie Harbour is to support this major project.”

Local Buckie SNP councillor Sonya Warren added: “It’s been some time since the consent was given for this project in 2014 and it has been a long wait for the UK Government to award the Contract for Difference, which is a major hurdle that had to be overcome.

“With that milestone now past it opens the way for further discussions about what role Buckie Harbour could play in both construction and operation and maintenance of the windfarm.

“There is a real potential for jobs for Buckie and the wider Moray area, which is very welcome. We need to be alive to the opportunities that this and other offshore wind projects present.”