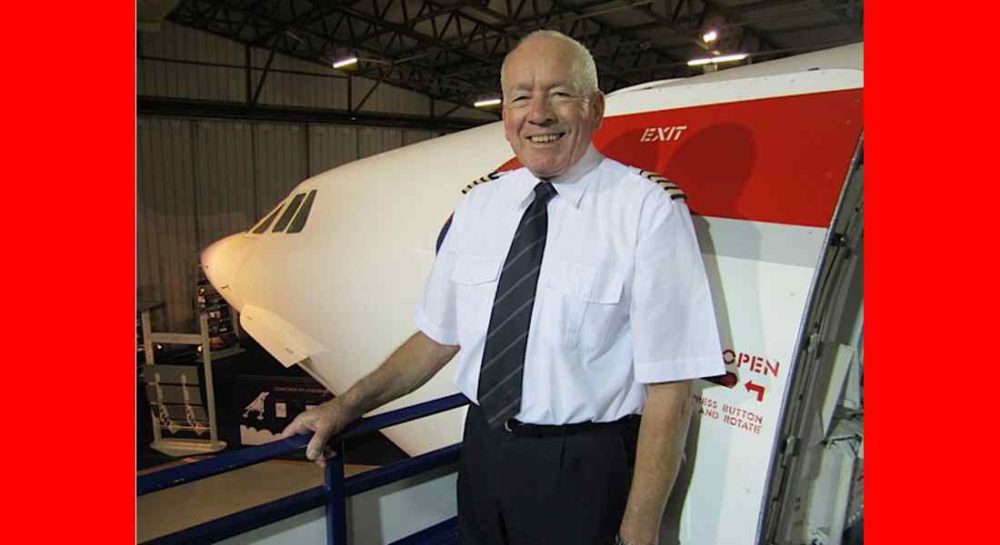 A FORMER CONCORDE pilot is set to lift the lid on the most glamorous way to fly over the Atlantic when he visits Moray this month.

Captain Tony Yule is visiting the Morayvia science and aviation attraction in Kinloss for an evening talk where he reveals what it is really like to fly passengers faster than the speed of sound – taking them to the United States in just three and a half hours.

He will also provide his thoughts on the disastrous crash in 2000 in Paris that ended services using the iconic aircraft – and look to the future of supersonic flight that he insists “will be more exciting than Frank Whittle’s first jet engine”.

Tony has taken his interactive talk to venues all over the world – but it’s his first event in the north of Scotland for an evening that will raise funds for the aviation experience charity and the STV Children’s Appeal.

Tony retired from aviation in 2005 following a 46-year career which began in the Royal Air Force – he had spent 15 years in the service, racking up air miles on the Jet Provost, Vickers Valiant and VC10s.

On leaving the RAF, he joined BOAC which became British Airways, and eventually landed his dream job as a senior first officer on Concorde in 1987, remaining there until 1993. He then took on the captain’s role flying Boeing 757s and Boeing 767s.

Morayvia Chairman, Mark Mair, who is organising the event along with STV News reporter Emma Murray, said: “It’s going to be a fascinating evening, and will give a unique opportunity to get behind-the-scenes stories about an iconic aircraft which is sorely missed.”

Tickets for Flying Concorde: An evening with Captain Tony Yule cost £10 and are available from Morayvia or via email to emma.murray@stv.tv with all proceeds going to charity.

Doors open at 6.45pm and the talk begins at 7.15pm on the September 28 at Morayvia, North Road, Kinloss, IV36 3YA. A welcome drink will be provided on arrival and other refreshments are available.