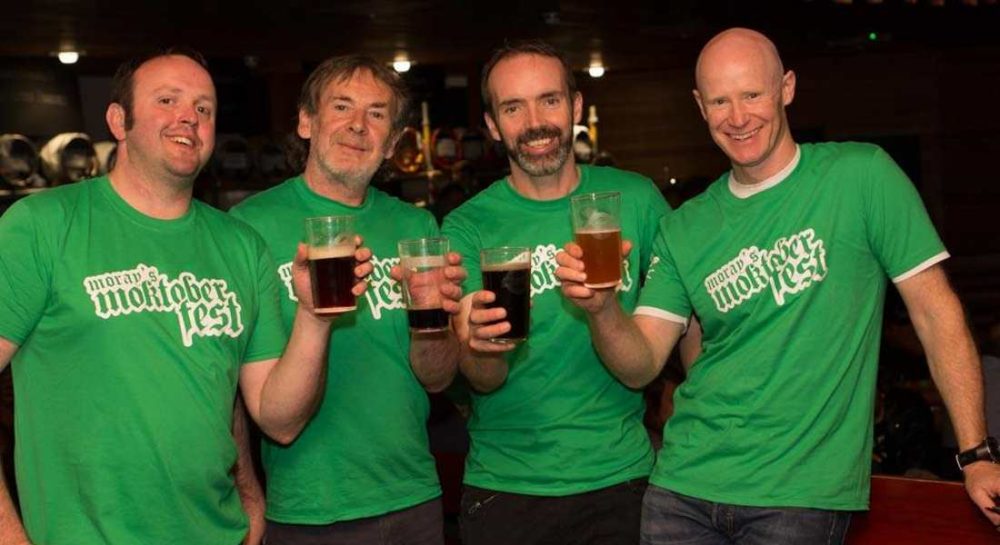 OCTOBER FAST APPROACHES and with it one of the most popular annual events in Moray, the Moktoberfest.

The event this year will be held over two nights on Friday, September 29 and Saturday, September 30 – the festival with feature three simple but great themes, Great Beers, Great Brands and delicious locally produced food.

As well as the best draught beers sourced from throughout the Highlands there will be the best craft beers in bottles – and a few craft Gins thrown in along with soft drinks for designated drivers.

A Festival spokesman said: “Local musician Chris Grant has put together a stunning line-up of bands. Six acts will take the stage on Friday night and ten bands over the course of Saturday afternoon and evening. Leading the party, and playing throughout the event, will be Stein Brass, the Moray Concert Brass Oompah band.

“Revellers will be sustained by a hog roast provided by the Moray Hog Roast Company, and a selection of local sausages made with beer. The ‘Sausage of the Festival’ has been keenly contested in recent years.

“The event has grown over the last four years and donates all profits to local charities.”

Al Read from Windswept Brewing Company added: “It’s a cracking night out and everyone has a lot of fun. The beer, music and food line-up this year are the best we’ve had yet.”

Tickets are available from Eventbrite, the Moktoberfest facebook page or www.moktoberfest.co.uk

Line-ups for the Festival: