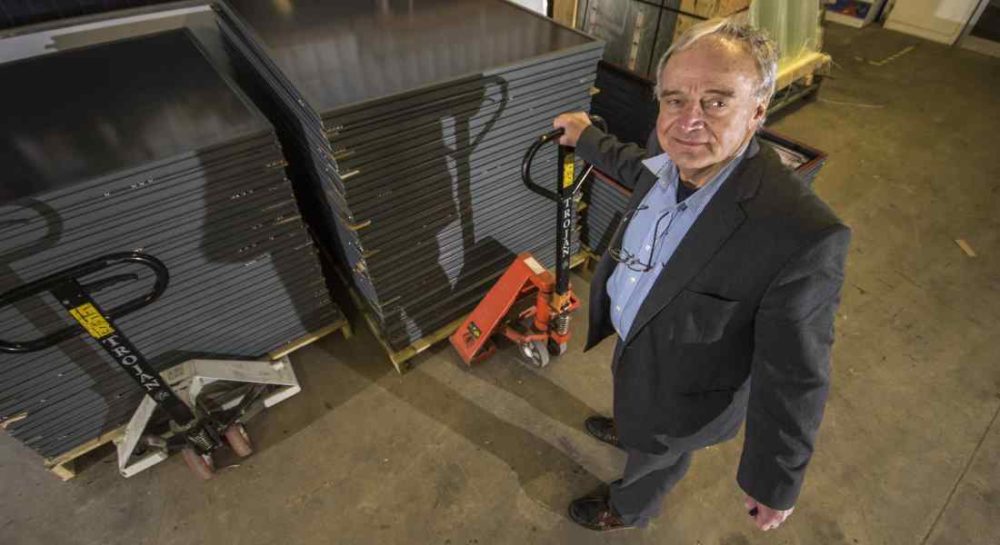 MOTORISTS ARE BEING urged to keep one step ahead of the renewables game following the Scottish Government’s announcement that it is committed to phasing out petrol and diesel cars by 2032.

The managing director of the longest established solar company in Europe has backed the plans to replace vehicles powered by fossil fuels with electric alternatives.

And he warns that drivers should make sure they will be able to charge their vehicles from renewable resources to combat the increased demand for electricity.

George Goudsmit of Forres firm AES Solar explained: “This is great news for Scotland and the fact that the Scottish Government plan to phase out new fossil fuel cars and vans eight years before the rest of the UK shows what a forward-thinking country we live in. I am urging people to be forward-thinking in their own planning for this initiative as well.

“People who buy electric vehicles won’t necessarily be helping the environment if they are charging them with fossil fuels. It just defeats the purpose. Also, the cost of electricity is rising and with more electric cars, there will be an increased demand for electricity so there will be inevitable price hikes.

“Motorists can plan for all of this by installing solar panels, battery storage and electric charging points now, so they are not hit with the cost at the time they have to switch to electric vehicles. Solar panels generate an additional income in the home for up to 30 years whilst offsetting electricity prices which in turn could help the customer buy their first electric vehicle.”

Mr Goudsmit added that the appetite for electric vehicles is gather pace – and that the announcement means that the momentum will increase further and change the buying habits of consumers quite quickly. He continued: “The move to EVs means that electricity consumption will go up, so we are urging people to invest in Solar PV now for which Feed in Tariffs – a government backed scheme in which people can get payments from their energy supplier for generating their own energy – are guaranteed for 20 years.

“Solar panels and electric cars are perfectly matched. The technology is here to be able to provide power for your home and charge your EV, however most people can’t afford the capital costs of both at the same time. Investing now will ensure that people can get the best deal possible and spread the cost.

“There are also plenty of incentives and grants and loans available from organisations such as the Energy Savings Trust, which can help towards the costs or spread them. Being prepared is the key, and embracing this now will ensure that people will have free electricity to run these vehicles when they become compulsory in the future.”

First Minister Nicola Sturgeon’s announcement will see Scotland fall in line with cities and countries which have announced similar plans, including Madrid and France.