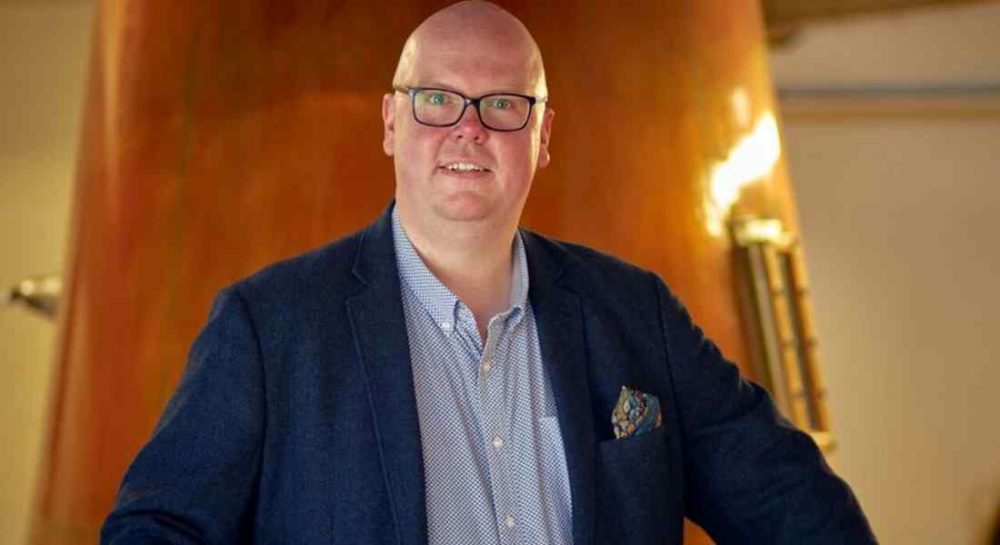 A NEW BROOM has arrived to help steer the world’s best whisky festival through the next phase of its development.

The Spirit of Speyside Whisky Festival has revealed that John Blyth will take over as manager of the festival from next month – and tasked with the job of introducing the event to an even larger audience at home and abroad.

John has latterly worked in marketing and events in the financial services sector and joins the Festival as it prepares to expand its international reach and grow its fledgling mini-festival, Spirit of Speyside: Distilled.

He has extensive experience in delivering consumer events, having delivered one of the UK’s biggest retail event programmes for Royal Bank of Scotland, engaging with over 1.5million branch customers at a series of 700 events nationwide.

Part of that role saw him spend time in whisky country, relaunching the new-look Royal Bank of Scotland branch in Elgin and the Moray Rambler mobile service which visits some of the most rural communities across the area.

John has developed a considerable passion for whisky outside his career, having visited over 80 Scotch whisky distilleries – including 29 in Speyside – over the past eight years.

“Whisky has been a part of my life for as long as I can remember,” John told insideMORAY, adding: “I always knew it was a special occasion when Dad got a bottle of malt out to share among family and friends: it was always held in such high regard and I couldn’t wait until I was old enough to drink it.

“I may have started out as an amateur enthusiast, but as that interest has developed so too have my aspirations to become something of a whisky expert.

“Even those with a very basic knowledge of Scotch whisky know that the true spiritual home of this drink is in Speyside, and I am both honoured and excited to be joining the Spirit of Speyside Whisky Festival team at such a critical stage in its development.

“Scotch whisky has grown in popularity both in the UK and overseas in recent years, and there has never been a better time to capitalise on that interest and to draw even more visitors to the Festival to learn about the region’s outstanding product.

“I am very much looking forward to working alongside the volunteer board of directors to help grow the event’s reputation as the nation’s preeminent whisky festival for both aficionados and those with a passing interest in the drink.”

John’s combined passion for whisky and for Scotland made him the ideal candidate to take over the vacant manager position, says Festival chairman James Campbell.

He added: “The board wanted to appoint a manager who could display a strong track record of successfully managing multi-partner projects, and who could deliver the board’s vision for international growth.

“The Festival has now been running for 20 years, and in that time it has changed beyond all recognition. While the key foundations of celebrating whisky and educating people about Speyside’s fantastic products will always be at its core, we can now see the impact the Festival has beyond the local area.

“We launched our first ever international judging sessions for the Spirit of Speyside Whisky Festival Whisky Awards for the 2017 event. That saw judging sessions managed by the Festival team visit three overseas locations, and there are plans to increase that significantly in 2018.

“We are welcoming more international visitors to the Festival than ever before, and we firmly believe there is significant opportunity to further grow that market. We have also launched our late summer Spirit of Speyside: Distilled event – a mini-festival focused on Speyside food and drink – which is introducing audiences in Scotland and around the UK on the huge range of quality local products.”

The Spirit of Speyside Whisky Festival 2018 takes place form May 3 to 7 – details of the international judging sessions for the whisky awards will be announced later this year.

The full programme for the 2018 Festival is currently being developed and will be unveiled early in the new year. Further information is available at www.spiritofspeyside.com.