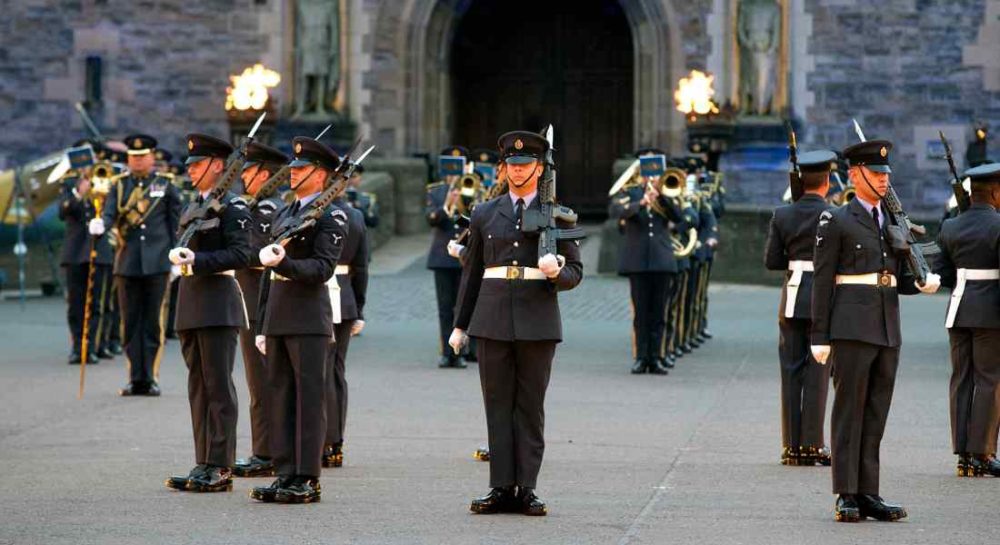 MORAY RESIDENTS ARE being reminded that a parade through the centre of Elgin will be taking place today by the RAF’s Queen’s Colour Squadron (QCS) and the Pipes and Drums of the Black Watch.

Marking the start of the Highland Military Tattoo which opens later today, and which involves several representatives from Moray, the QCS are currently marking the 75th anniversary of the formation of the RAF Regiment.

The QCS is the premier ceremonial squadron, producing some of the highest standards of drill in the world while maintaining a dual role of ceremonial duties as the QCS and a regular field force as 63 Squadron of the RAF Regiment.

QCS is also the custodian of the Queen’s Colour for the Royal Air Force in the United Kingdom and has the honour of providing the Escort Squadron whenever the Colour is paraded.

The Highland Military Tattoo will be held at Fort George from today until Sunday. In addition to the QCS, RAF Lossiemouth will provide a Typhoon flypast, a 51 Squadron RAF Regiment Field Squadron display and the Pipe Band of 2622 (Highland) Squadron.