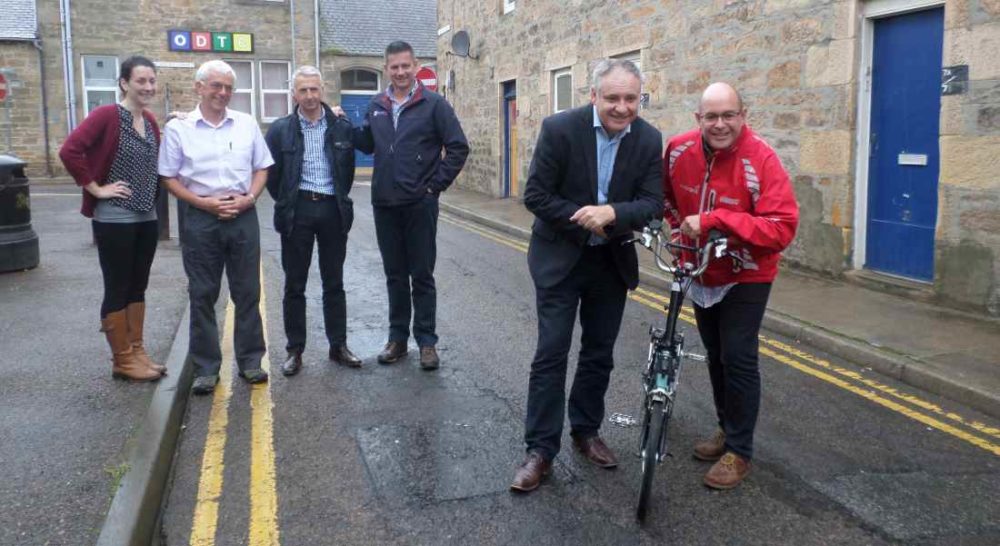 TALKS OVER THE future of cycle tourism in Moray took place in Elgin yesterday where Richard Lochhead MSP brought a number of representative organisations under one roof.

Following the discussion Mr Lochhead said: “Recreational cycling is growing in popularity every year, and in fact more people in Scotland are getting out on their bikes than ever before.

“Cycle tourism is a booming industry and there’s huge potential for Moray to become one of the top cycling destinations in the UK with the support of public sector agencies, Sustrans and other community groups.

“We have many great local cycling groups in Moray who share my ambition for our area to be a must-visit destination for cycling tourists – and it was great for representatives of some of those groups to have the chance to meet with Sustrans and to talk about how we can really maximise Moray’s potential.”

A major topic discussed was work being done by the LCDT in putting together plans for a cycle path linking Lossiemouth and Hopeman – considered by many to be a welcome addition to the local cycling infrastructure.

The MSP added: “As well grasping the opportunity to attract visitors to Moray, everyone was very keen to ensure that agencies do all they can to encourage folk to give up the car and to use their bike to get to work, which will bring about huge health and environmental benefits.

“Good quality, well connected cycle paths are vital to delivering on that ambition and this is certainly something I will be following up on with Sustrans, the Moray Council and Transport Scotland.”

(Pic: Richard Lochhead MSP with Director of Sustrans, John Lauder with some of the representatives who attended the meeting.)