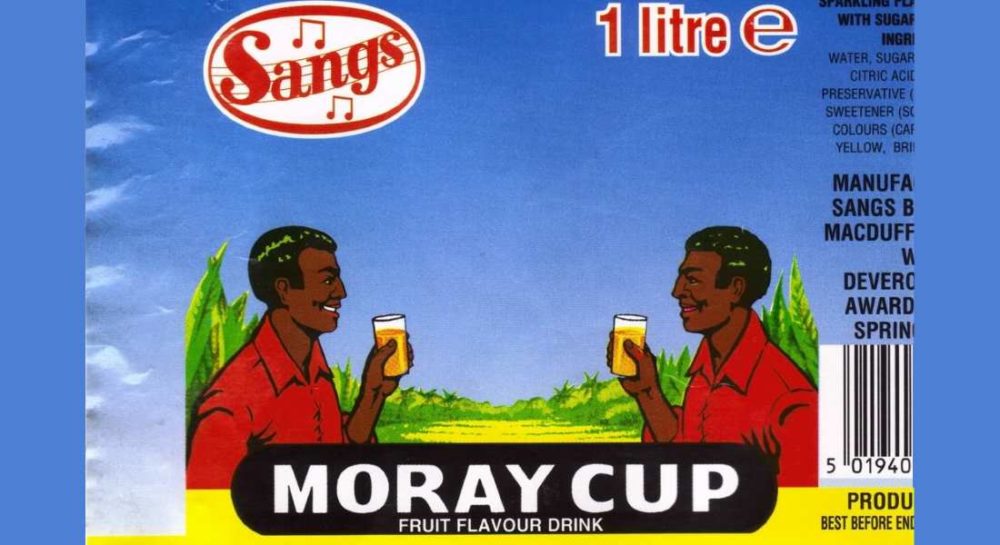 WHILE IT WAS not produced it Moray it did carry the name of the region far and wide and was never more popular anywhere than in Moray itself.

However, the famous red coloured soft drink ‘The Moray Cup’ is soon to be no more, as Cott Beverages, who took over the Sangs Moray Cup brand four years ago, have announced it will be discontinued.

The United States based firm, clearly unaware of the anguish their decision will cause, said that while committed to ensuring their Macduff production plant continues to be successful in light of “changing dynamics” in the soft drinks industry, they have reviewed their product offerings.

insideMORAY understands that the forthcoming ‘sugar tax’ was one of the main reasons for the end of production for the Moray Cup – and that was confirmed by a spokeswoman for Cott who said: “With the UK sugar tax approaching as well as the cost of materials, we have determined that we are no longer able to viably produce the Sangs Moray Cup range of drinks.

“We would like to thank our consumers for their loyalty and we appreciate that the brand will be missed.”

With at least one insideMORAY reader insisting that it was surely little more than a publicity stunt by the American firm, the spokeswoman did give a hint that the death-knell may well be a temporary one, adding: “If at some point in the future circumstances change, then we will revisit our analysis on this range of products.”

Stockists of the popular drink have said that Moray Cup had been difficult to obtain for some time – and now a new Facebook page has been formed in an attempt to save the drink.