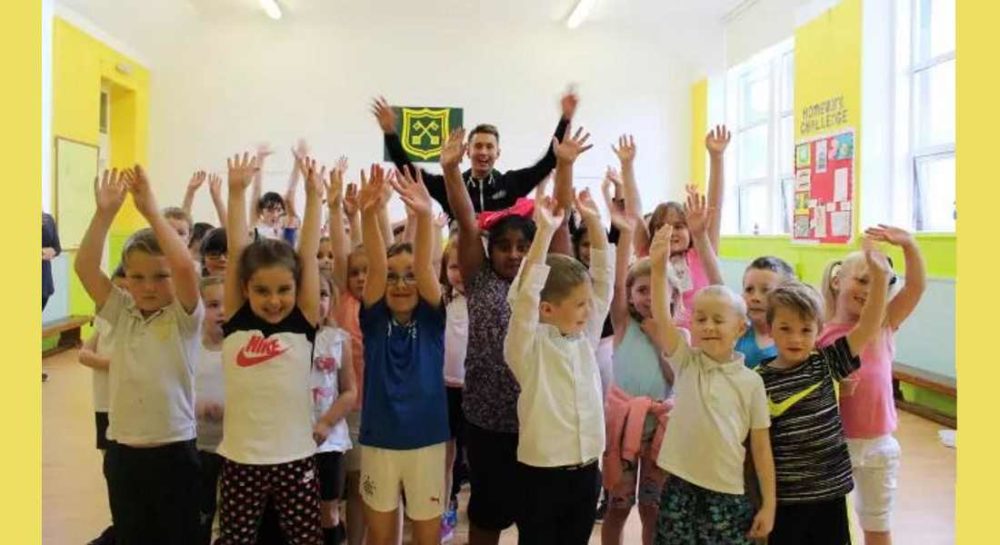 OVER FIFTY MORAY primary school pupils have been joined by STV’s weatherman Sean Batty in a ‘Zumbathon’ for the STV Children’s Appeal.

The P1-3 pupils at St Peter’s RC Primary in Buckie all took part in the sponsored event as part of the TV station’s annual nationwide fundraising effort, supporting children living in poverty throughout Scotland.

Sean said that although he has taken part in solo challenges in previous years the focus this year was very different: “It’s about going into schools and into communities, educating kids and letting them know that there is poverty in this country, perhaps even within their own class.

“Children in every local authority area in Scotland – including Moray – benefit from the STV Children’s Appeal, and every penny raised today will go towards helping children in poverty.”

Headteacher, Amanda Feeley, said learning how to help people was an important part of the curriculum: “We speak a lot in school about pupil welfare, so we saw this as an opportunity to help others.

“The pupils are being sponsored for taking part in this zumbathon and our nursery children are making a donation for a ‘come as you please’ day.

“We’re encouraging our pupils to turn their values into actions – and they’re having fun at the same time.”