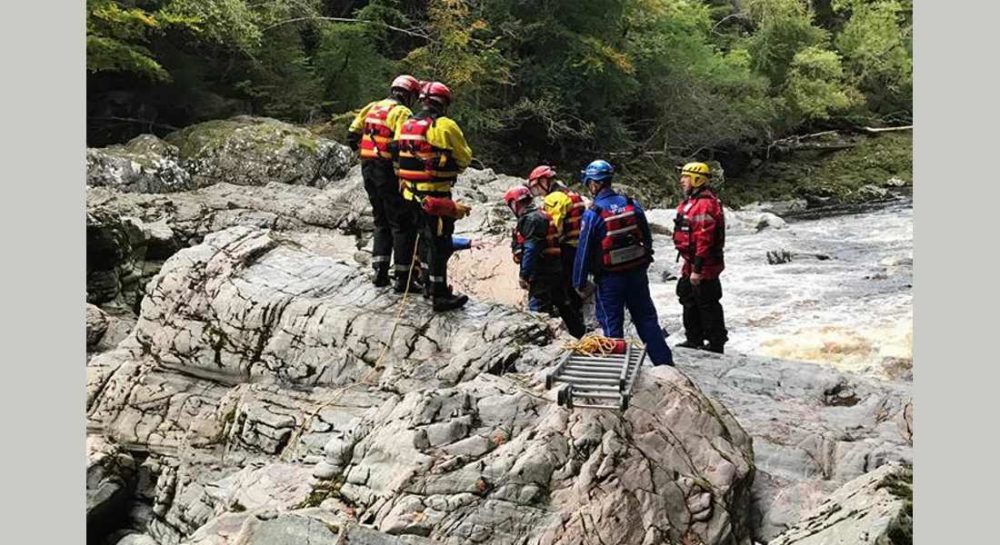 COASTGUARD RESCUE TEAMS from two Moray stations were called out to assist Fire and Rescue Service crews on the River Findhorn on Tuesday.

The teams from the Burghead/Lossiemouth, Buckie and Inverness stations assisted in a water rescue at Randolph’s Leap just south of Forres.

They were called after a person had become stranded on a rock in the main channel of the river – and could not get back to safety. The Fire and Rescue service used a ladder while Coastguard officers provided back-up further downstream.

Following the successful rescue of the 55-year-old man, a Moray Coastguard spokesman provided advice on what to do should you find yourself or witness someone in a similar situation: “Dial 999 and get help – Coastguard for at sea or the coast and Fire service for inland.

“If you are in a safe location stay where you are and encourage people to stay and wait for professional help.

“This happened today and allowed the safe outcome. The River Findhorn is a very fast river with several challenging water features and extreme care must be taken when in, on or near it.”