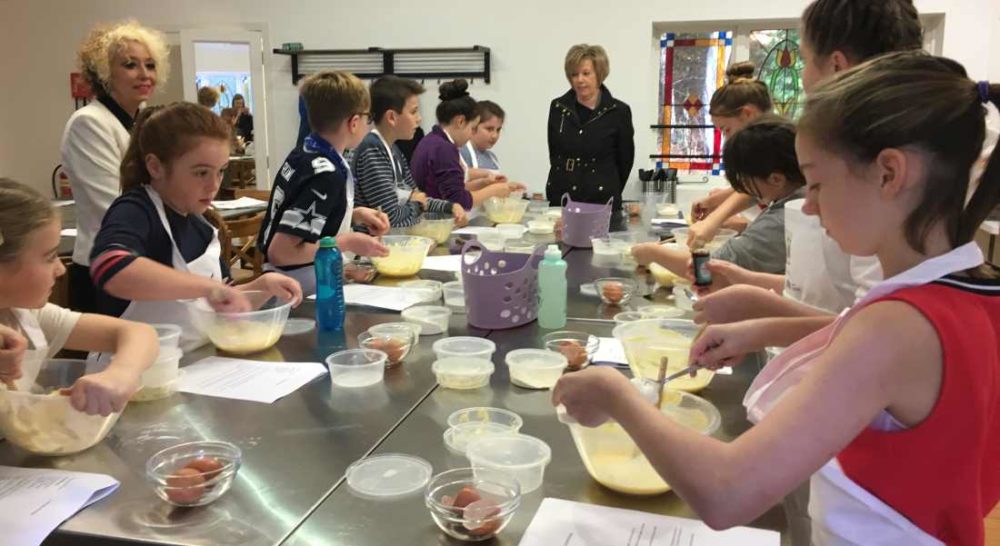 THE FIRST JUNIOR BAKE-OFF heat took place yesterday under the guidance of Moray School Bank and supported by the Oakwood Cookery School and DYW Moray.

The Bake-Off comprised a number of young people aged 8-12 competing against each other and demonstrating their baking skills.

Moray School Bank, a charity run by Deborah Weir with the aim as a group of young volunteers to offer new school uniform and warm winter clothing to children living in financial hardship across Moray.

When Deborah went to meet the DYW Moray team, they were blown away with the generosity and kindness of such a great person pushing this charity forward. The charity accepts donations of new school uniform and winter items and accepts referrals for these from schools and agencies working with children. They then distribute the clothes to children in need across Moray – more can be learned of their work by visiting them online.

The Junior Bake-Off hosts 48 young people across four heats on October 10 to 18, with the top three Juniors from each heat heading into the final on October 22. The heats will include baking two recipes as given and then a showstopper will be required for the final.

On each of these dates the Moray School Bank will be hosting tea, coffee and cake stalls to raise money for the charity. All profits made from the initiative will be given to Moray School Bank.

Moira Stickle, DYW Manager said: “We expect those young people participating in the initiative will gain a lot from it and DYW Moray are delighted to support this.”