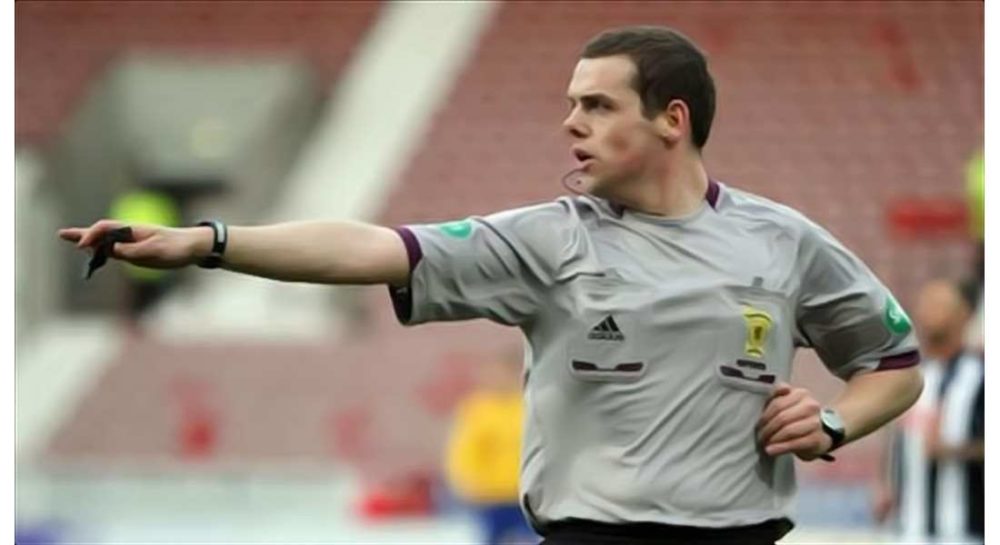 I GAVE A COMMITMENT during the election that I would not allow my refereeing to interfere with my Parliamentary duties, writes Douglas Ross MP for insideMORAY this morning.

I hope to explain that I did not break that commitment when I agreed to officiate in the Nou Camp last week.

In this case I had been ‘paired’ with an opposition member in the event of a vote (a common practice at Westminster to be cancelled out with an opposition member, so as not to affect any vote by not being present) and I knew I would be unable to speak in the debate in question due to the number of my Scottish Conservative colleagues who had already requested to contribute.

I would also add that less than a week later I was able to speak in another debate on Universal Credit, as it is an important issue that is discussed regularly in the House and Committees. That said, my political opponents and some local people believed it was unacceptable that I should miss any debate in Parliament – regardless of whether I would be able to contribute or not. I am not immune to the criticism received and have reflected on this.

I have been a referee for almost 15 years now. My first local game was in the Forres Welfare league and I never thought after that match that I could go on to represent my country at international level and share a pitch with some of football’s greatest players.

I also never thought when I was first elected as a local councillor that one day I would have the honour of representing my home area as Member of Parliament at Westminster. I have been blessed to reach the top level in my chosen hobby and occupation and in all fairness to my number one priority, as Moray’s MP, I recognise I can no longer do both.

This week I have taken the decision to inform the football authorities that I will no longer be able to accept any appointments when Parliament is sitting. The consequence of this decision means that I can no longer do the majority of International matches and my hopes of representing Scotland, and most importantly for me, Moray, at a World Cup, now end.

As a referee, just like a player, whenever I pull on my international kit I have a huge sense of pride in representing my country at some of the top matches across the World. But as MP for Moray I gave a commitment to the people who elected me that I would always act in their best interests which is why I have taken this decision.

I’m greatly indebted to the many local people who expressed their support for me to continue to referee as well as be their MP. And while I have one of the highest voting records of any MP and many of my political opponents, and fiercest critics of late, have several outside jobs and interests; I know that the fury my last match caused, will be repeated any time I am appointed to a match when Parliament is sitting in the future.

I would also make special mention to my outstanding colleagues in Moray and Banff referees association. They have supported me every step of my way from welfare referee to Champions League official who was on the shortlist to represent Scotland at a World Cup.

While my dream of officiating at the biggest football tournament in the World is now over, I hope I’ve shown current and future referees from our area that there are amazing opportunities out there.

My sole focus now will be representing the constituency of Moray – a job I love for an area I love even more.

Douglas Ross MP gave this statement to two local publications – ourselves and the Northern Scot.  He has not spoken directly of his decision to any other publications.