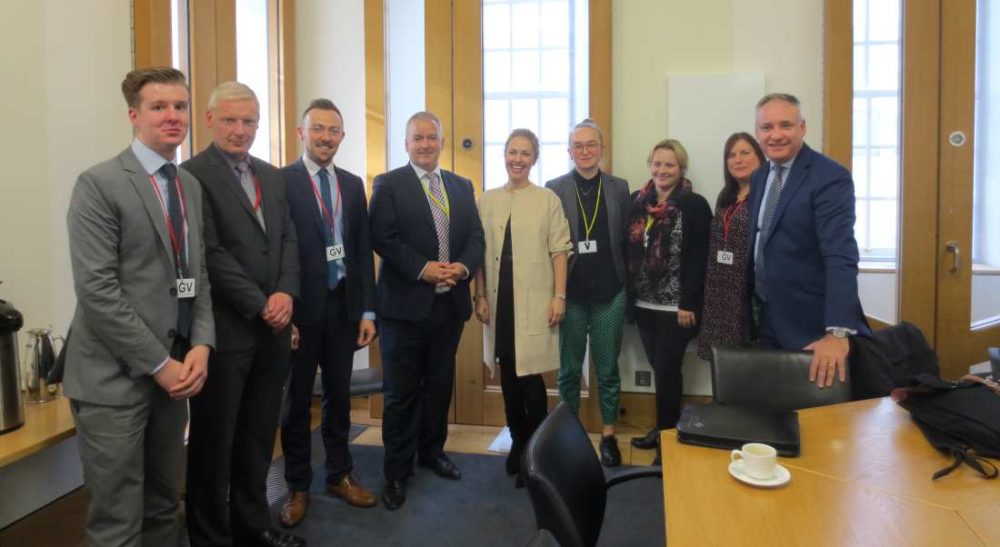 A MEETING AIMED AT bringing together various interested parties to discuss a plan of action against unfair delivery charges to Moray and the Highlands has been described as “invaluable”.

The roundtable meeting was called at Holyrood by Moray’s MSP Richard Lochhead and included representatives from consumer rights, regulation, retail and delivery companies.

Citizens Advice Scotland presented an overview of the topic that was followed by a dialog with the various stakeholders present.

The wide-ranging discussion did highlight that while a Statement of Principles on parcel delivery charges in some cases is being followed, in others they are not – and that regulation might be an important tool in tackling the issue.

Pointing out that discriminatory delivery charges continue to be a huge cost for those living in Moray and rural Scotland where consumers are forced to pay massive surcharges on their parcels, Mr Lochhead described the meeting as invaluable.

He said: “The discussions offered insight into where there are opportunities to end these absurd charges. I was impressed by the turnout at my meeting with a wide range of organisations turning up and this shows that this is a big issue.

“They highlighted that while many couriers are using the statement of principles agreed a few years ago there are many couriers that do not. It was also suggested by some that stricter enforcement and a more regulatory approach as opposed to voluntary might help protect Moray and rural customers.

“It’s absolutely ridiculous that people are being penalised simply because they’re living in the North of Scotland and their homes or businesses fall into certain postcode areas. Moray customers are being ripped off by some courier companies and the retailers have a clear obligation to ensure the delivery companies they employ are playing by the book.

“As Christmas gets closer, thousands of my constituents will be buying online yet many will face sometimes hidden and often unjustifiable surcharges for deliveries.

“I’ll be taking forward a number of suggestions that came out of the meeting and am determined to pursue this issue until the situation improves and rural customers get a fairer deal when it comes to parcel delivery charges.”