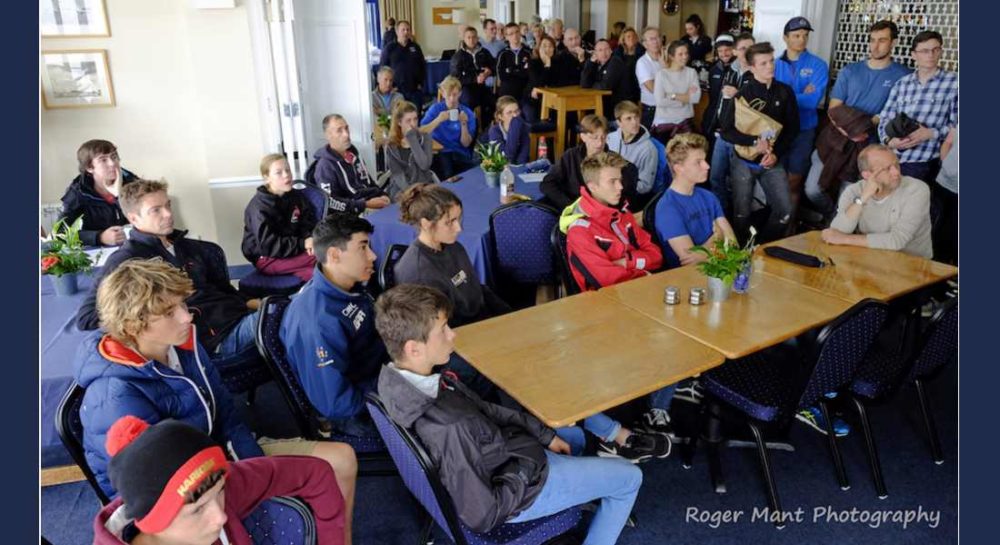 YACHTSMEN FROM MORAY are taking on an international field in Essex this weekend for the prestigious RCYC Endeavour Trophy.

Kinloss pair Stuart Urquhart and Brendan Lynch are in the 30 crews from far and wide who are competing over the three-day event in the dinghy ‘champion of champions’ event.

It is one of the largest entries every recorded – for one of the few events in the world where such a concentrated group of champions compete in the same class of boat.

To ensure a relatively level ‘playing field’, the invitational championship, for national, European or world champions from the most popular dinghy racing classes, will be contested, for the third year in succession, in one-design RS200s.

Scottish champions Stuart and Brendan, from the Royal Findhorn Yacht Club, will be taking on the best of best in an event that began yesterday with a training session led by Steve Irish, one of the UK’s leading dinghy racing coaches.

He said: “The key thing was to get the fleet on the water to give them a chance to set up their boats for the conditions.

“The format with a constant stream of short races running throughout the afternoon worked well with teams able to dip in and dip out of the races as much as they wanted. The idea of the video de-brief was to offer a bit of advice for those struggling with boat handling techniques, particularly those unfamiliar with the RS200.

“Even the guys who have sailed RS200s before will have to take into account that sailing here on the River Crouch at Burnham with its tidal complications and the fact it will be fairly breezy, means there is a lot to take in.”

The Moray pair will face double champions in the event are Ben Saxton and Toby Lewis – who will not release their grip on the title easily. Saxton offered some advice to his competitors ahead of the trophy race taking place today: “Have fun, and enjoy it for the spectacle that it is, as well as the racing because you’ll never come up against a fleet of such good sailors.

“My top tip is not to underestimate the tide. If you are considering a manoeuvre don’t think twice; do it.”

Event director and race officer Edwin Buckley said: “I am delighted we have a full house of 30 entries this year, and with some good winds expected, there is every indication that 2017 is going to produce some exceptionally competitive racing.

“The forecast is for a good south-south-westerly breeze of about 15kts and scorching sunshine, which couldn’t be better. My intention, depending on the wind of course, is to run up five or six races on Saturday with the remaining races on Sunday.”