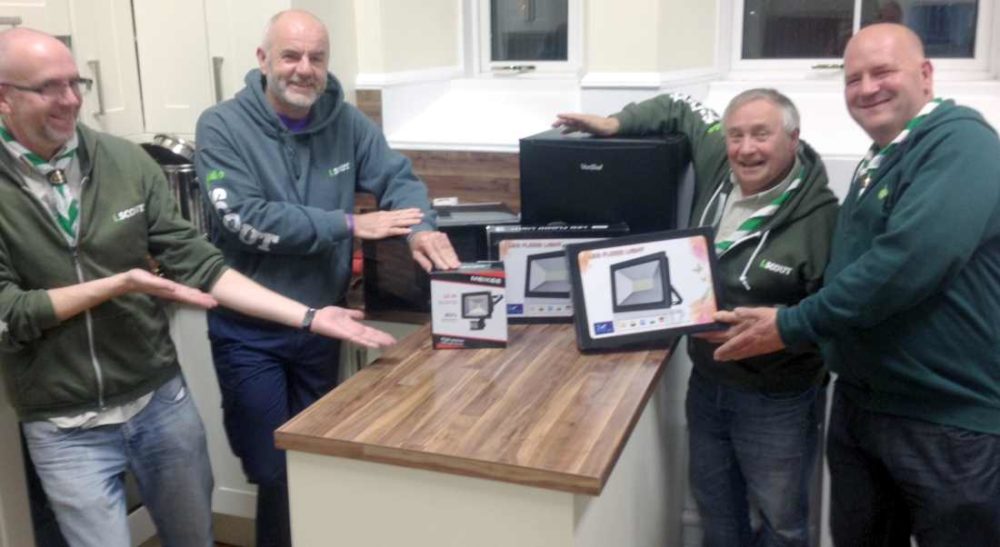 THE KEITH SCOUT GROUP are celebrating this week after winning a competition that sees them receiving £500 to purchase electrical goods.

The prize came thanks to their being nominated by the Waste Electrical and Electronic Equipment (WEEE) producer compliance scheme, REPIC, as part of a “powering communities” campaign.

The Scout Group asked for a fridge and microwave – so that more events could be staged at their local Scout hall. All the money raised from these events are put back into the Scout Group for the benefit of the young people.

REPIC invited community groups, schools and good causes across Moray to enter the competition to win new electricals. Entrants had to explain how their chosen electrical item would make a difference to their group and answer the question, “What is the name of the REPIC’s Responsible Recycling Robot mascot?”.

Their latest ‘Powering Communities’ campaign was launched to mark the tenth anniversary since the Government’s WEEE Directive was introduced. The organisation also wanted to celebrate its long-term partnerships with ten selected local authorities across the UK, including Moray who it has worked with since 2007.

Numerous entries were received for a wide range of electrical items including IT equipment, household electricals, tablets and cameras; as well as more unusual requests such as Microbits and Sensory Lighting Equipment.

Harry Gordon from Keith Scout Group, said: “We were so happy when we heard the news that we had won the competition. With a new fridge and microwave we could hold more functions for the local community in the scout hall to raise money for the kids, so the £500 prize contribution is a welcome surprise. We feel extremely lucky and thankful to have won!”

Speaking about the competition, Mark Burrows Smith, CEO of REPIC comments: “Our Powering Communities campaign has been a great opportunity to team up with Moray council and celebrate all the positive work done together in capturing and recycling old and unwanted household electrical items.

“We are delighted to have been able to give something back to all those communities we’ve worked so closely with over the years and can’t wait to see the way these new electricals will benefit the winning groups.”