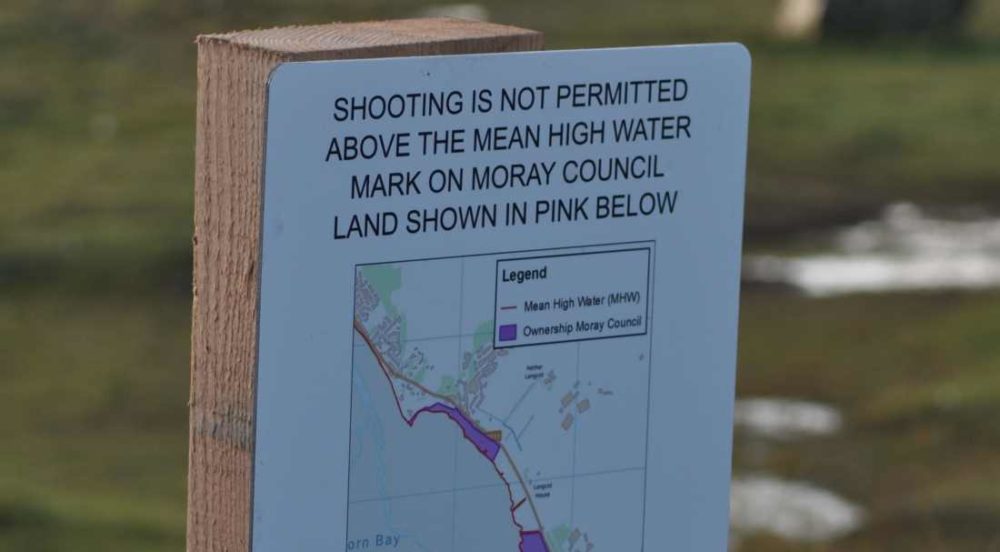 THE LEADER OF MORAY COUNCIL has penned an open letter that is highly critical of Wildfowlers who still refuse to adhere to a voluntary scheme set up to regulate behaviour on Findhorn Bay.

Councillor George Alexander said that two months into the shooting season “it is clear that many shooters are refusing to take part in the voluntary scheme”.

The scheme was set up to regulate behaviour on the bae – but only 18 permits have been issued so far, prompting Councillor Alexander to conclude that “it is evident that there are members of the shooting fraternity who are going out of their way to accentuate the fact that they will not respect the voluntary scheme, nor even make some effort to observe the spirit of its aims”.

He added: “Clearly there will have to be a considerable change of approach over the next two months by many of the wildfowlers if the public – and particularly the Moray Councillors – are to believe that there is any willingness on the part of many of the wildfowlers to accept change in the way that shooting is conducted on the bay.”

With a final appeal to Wildfowlers to adhere to the scheme, the Forres councillor said: “Even at this late stage, I would urge those who enjoy shooting to have a rethink.

“All that is being asked is that you take part in this temporary, voluntary scheme which, despite the protestations by some to the contrary, was set up with the co-operation of all willing stakeholders.

“Those who did not take part in the discussions did so of their own volition and their continued refusal to give the scheme a chance to work can only make a more lasting agreement less easy to achieve.

“Therefore, I challenge local shooters in particular to register for their permits now and at the end of the season I look forward to hearing how the wildfowlers intend to broker an agreement, based on the successes and failures of the present voluntary regulations.

“Permits are available from the secretary of the Findhorn Bay Local Nature Reserve at http://fblnr.org/”