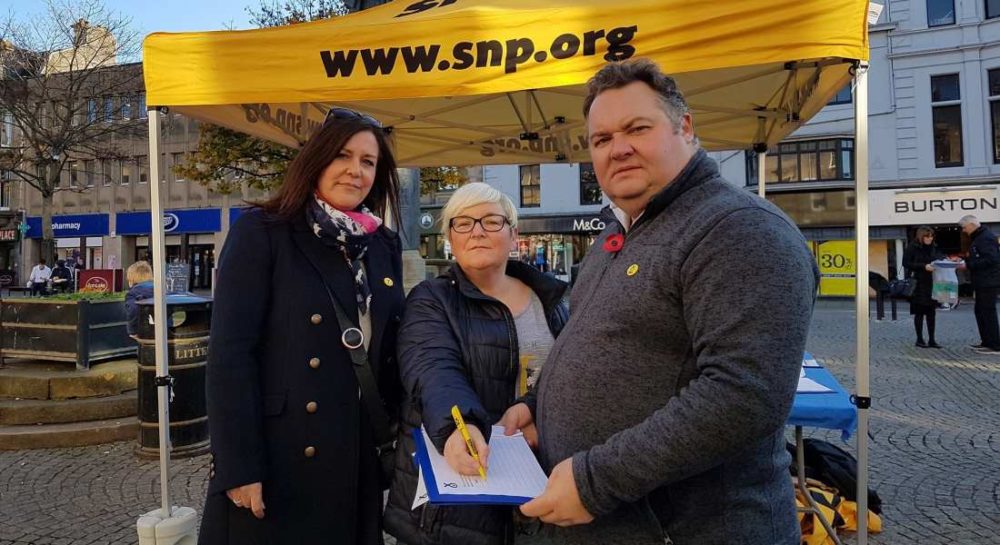 SNP COUNCILLORS ARE BACKING a growing campaign against proposals to introduce parking charges at Elgin railway station that would hit commuters to the tune of £10 each week.

The SNP opposition group opposed the plans which initially sought to introduce a £5 daily charge at the station – imposing a hefty £100 a month charge on those working in Inverness or Aberdeen and regularly commute by rail.

Now Councillor Graham Leadbitter, who led the opposition in the narrow 6-5 committee defeat on the issue last week, and Elgin City North colleague Councillor Paula Coy, have started a petition against the changes.

Councillor Leadbitter said: “This is a decision that flies in the face of logic and completely misses the point on what is required to address car parking issues in Elgin.

“It is clear from previous introduction of charges that all that happens is cars are displaced from one part of town to another. In this case they will move from the railway station into the already congested residential streets nearby. This review clearly has not learned from the mistakes of previous introductions and is in danger of exacerbating issues further.”

Councillor Coy added: “It is clear to anyone that looks around the streets like Duff Avenue and Queen Street in my ward that parking charges in Elgin are pushing workers into residential areas. “The entire point of this exercise was to find solutions to the long-standing concerns of residents – not to try and squeeze more money out of already hard-pressed workers. These proposals need fundamental review and Elgin needs a properly thought out approach to parking that balances residential, commercial and workers requirements.”

Meanwhile further evidence of some issues that the parking review had failed to address were emerging over the weekend, with an insideMORAY reader pointing to the knock-on effect parking charges at the station could likely have on street parking in the area.

“This was advertised in the local newspaper as being for Lossiemouth – but it is in Elgin, and according to the application there is the potential for at least 17 and possibly more students being housed at the address.

“Even if half of those students have cars then the street parking problem will escalate significantly.”

The situation will be further discussed at the Council’s policy and resources committee and then go to public consultation.

The SNP councillors aim to raise their petition at the committee along with a statement that requests: “That Moray Council reconsiders plans to implement additional charging for car parking in Elgin and brings forward a comprehensive Car Park Strategy that properly considers the needs of residents, shoppers, and business.”