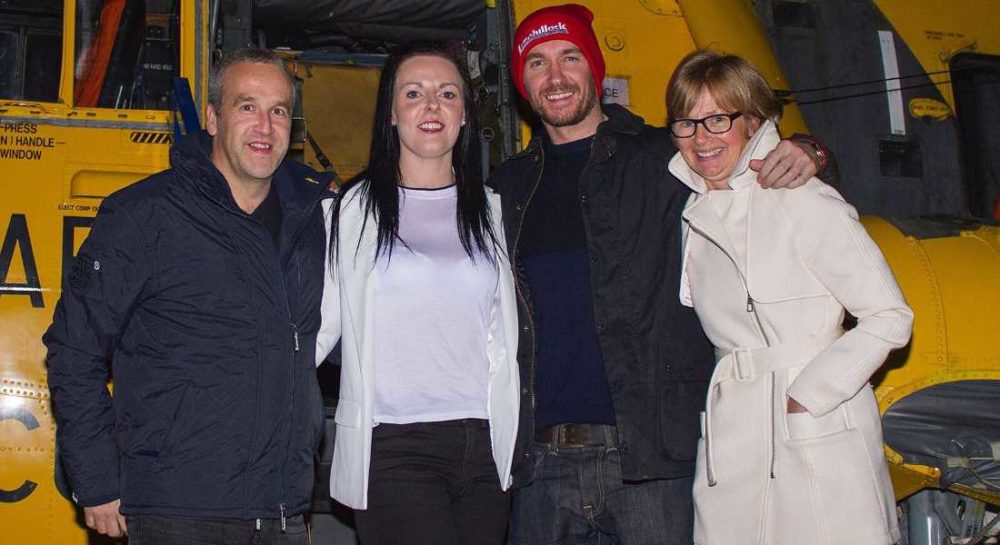 SUPPORT FOR A Moray hospital that has been the subject of a campaign to be brought fully up to date has arrived in the form of a visit by Emmerdale actor Anthony Quinlan.

Mr Quinlan, who plays the role of Pete Barton in the soap having previously made his name as Gilly Roach in Hollyoaks, returned to Moray at the weekend having firmly fallen for the area when he opened the Buckie Christmas Cracker in 2016.

He was back for a second visit to the event on Saturday – and while he was here took time out to visit the Keith Medical Centre and Hospital – as well as making a return the Morayvia Science and Aviation Centre in Kinloss to check their progress.

In Keith he met patients and staff where he was wholesome in his praise for the work they do on behalf of the local community – he had earlier also visited Huntley’s hospital. Mr Quinlan was in Moray to attend the Keith Charities Ladies Night which had been organised to raise funds for the two hospitals – managing to scoop up an impressive £13,000!

His stay in Moray also included a visit to Anderson’s Care Home in Elgin, where again he spent time with staff and residents before heading to Lossiemouth for a quick meal before his visit to Morayvia.

Morayvia’s Mark Mair said: “It was very kind of the ladies to give Anthony time to re-visit the centre again – he said he could see the massive changes that had been made and was now looking forward to returning next year and spending a full day with us.”