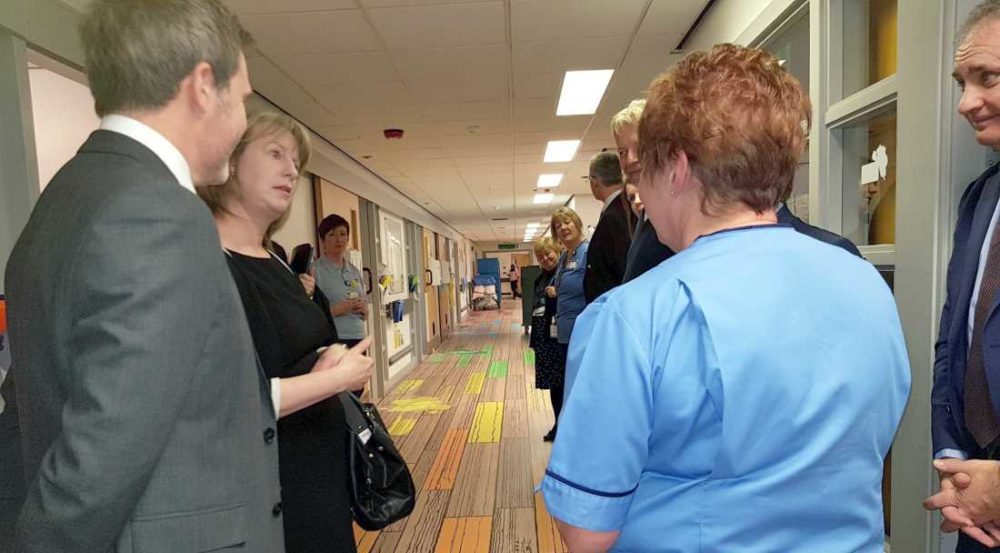 A NEW APPROACH is required if the recruitment crisis that has beset Dr Gray’s Hospital is to be resolved.

That was the view of Scotland’s Health Secretary Shona Robison following her visit to Moray on Monday, when she took in facilities at Keith and Elgin.

Ms Robison chatted with staff and patients at Dr Gray’s Paediatric Ward – which had recently been closed due to a shortage of junior doctors.

The minister showed particular interest in a blueprint being developed that would see the Elgin hospital become one of “innovation” – and pledged support for initiatives that seek to have junior doctors spending part of their duties developing new technologies to improve care.

Dr Jamie Hogg, who is the divisional clinical director at Dr Gray’s, explained the proposals could make Elgin one of the best destinations for junior doctors: “It would make the hospital more attractive – but it would be good for young doctors too.”

He added: “Opportunities to work on projects like this, which is going to be really cutting edge, are going to act as a real draw for those looking to build a career.”

Ms Robison said that she had been impressed with the “creative thinking” that has gone into mapping a different type of future at Dr Gray’s.

She added: “It is clear that they have been thinking outside the box – and finding ways to put the hospital on the map as an attractive place for junior doctors. I’ve asked them to bring all the strands together into a plan and I have given a commitment the Scottish Government will look at how we can support it.”