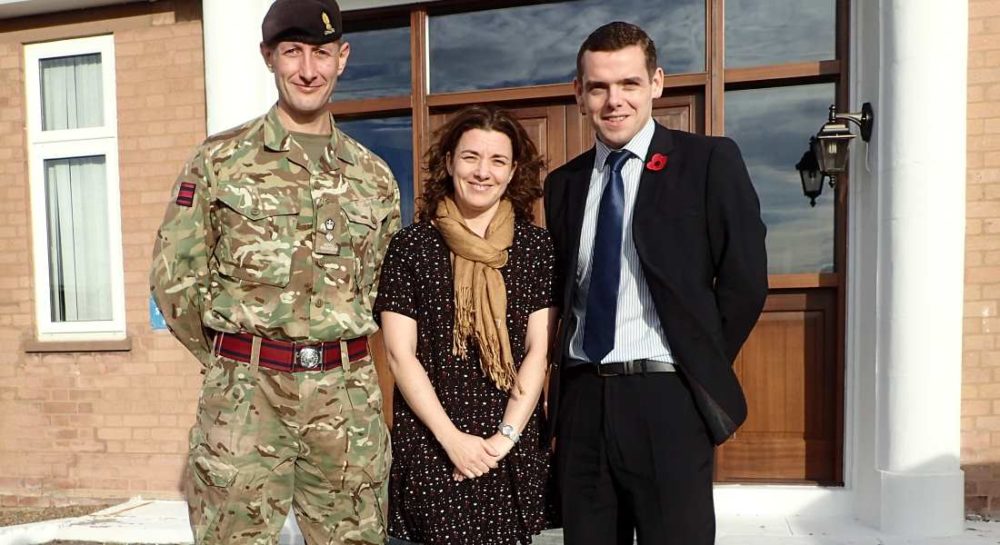 A KINLOSS BARRACKS visit by Moray’s MP has resulted in a greater understanding of the importance of the continuing Army presence to the region.

Mr Ross commented after the visit that Moray had been made much richer for the presence of the armed forces at Kinloss and at RAF Lossiemouth.

He said: “It is always a pleasure to visit Kinloss and learn about the extraordinary work that the men and women of 39 Engineers do both in the local community and across the world.

“I understand that members of 39 RE are currently serving in the Falkland Islands, South Sudan and Cyprus to name but a few of their deployments. Much of their work is about capacity building in local communities as well as supporting UK and UN forces serving operationally overseas.”

Commenting on the Army’s contribution in Moray, Douglas said: “We have 750 personnel and 250 service families who make a tremendous contribution to the local community.

“For instance, a considerable number of Army family members work in our local schools as teachers and classroom assistants and also in the health service as well as contributing to a host of other organisations.”

After welcoming the local MP Lt Col Webster said: “It was very useful to brief Douglas on the issues facing service families here in Moray and to update him on developments at the base.”