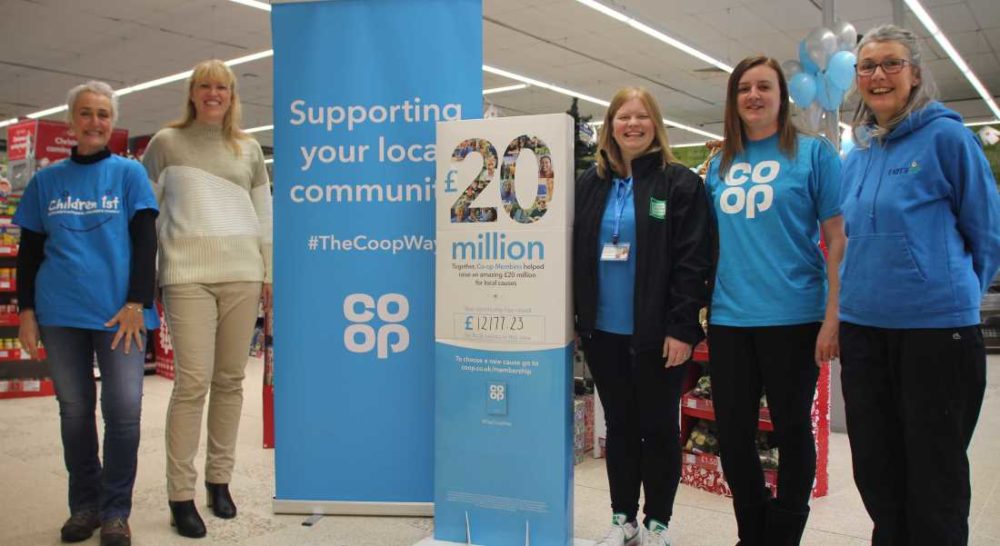 THE FULL EXTENT of a national store chains contribution to local community causes in Moray has been revealed in a letter this week to insideMORAY.

Following our report on Monday highlighting that in excess of £13,000 had been handed out to local causes by the Co-op stores in Lossiemouth and Elgin, we have now been informed the level of customer contributions has been much greater.

Stephen Kelly, the Co-op Engagement Advisor, has said that the stores in Moray taking part in the scheme includes Buckie, Cullen, Fochabers, Aberlour and Dufftown as well as those reported in Lossiemouth and Forres.

Mr Kelly said: “The Co-op Local Community Fund’s round-two payout celebrations are currently under way, with up to three causes in every local community area for the next round soon to be announced.

“Each round is over a six-month period – the round two cash distribution in Moray, split between 21 local causes from the seven stores, amounted to £34,628.94 – all collected courtesy of Co-op members in the region.”

For more information on the fund visit them online.

The Moray groups who received funding in round two were: