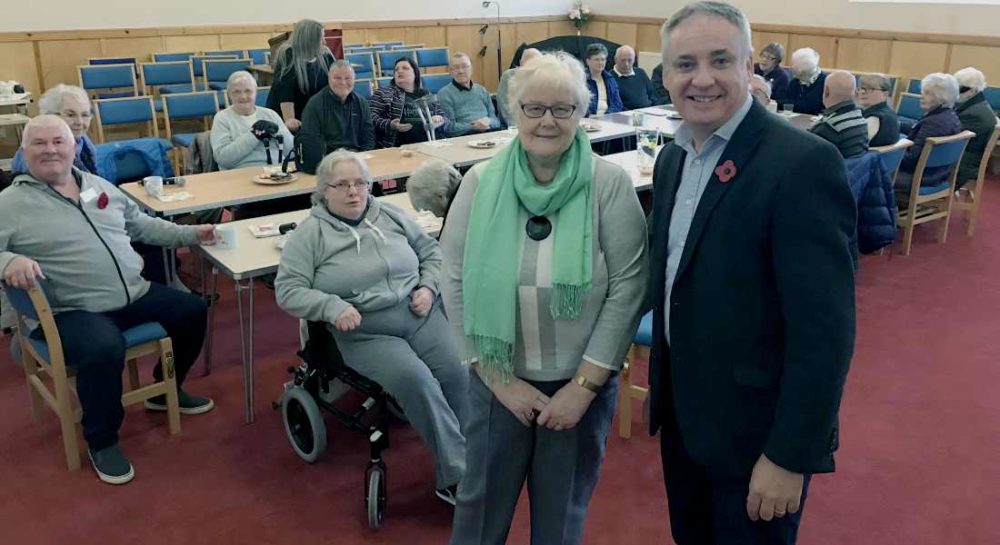 CHALLENGES FACING STROKE survivors in Moray have been discussed by the Elgin Stroke Friends group and Moray’s MSP Richard Lochhead.

Mr Lochhead and the group talked about a number of issues affecting those who have suffered a stroke locally, in particular how those without family nearby can often be left feeling isolated.

Elgin Stroke Friends provides a supportive environment for stroke survivors in Moray, as well as for their family and carers.

Members of the group raised issues such as public transport, care for patients once they are sent home from hospital, and the need for more support – Mr Lochhead promised the group he would investigate these issues on the groups behalf.

According to Chest, Heart Stroke Scotland over 1300 people in Moray are living with the effects of a stroke. Mr Lochhead said: “It was a real pleasure to meet with the Stroke Friends group and to hear about the work they’re doing to support people who’ve had a stroke in Moray.

“I met with folk from across Moray and heard about many of their experiences and how their lives have changed since having a stroke. Many of their stories were very moving and it was concerning to hear that many have been left feeling isolated and alone after returning home from hospital, which brings home the importance of a group like Elgin Stroke Friends.

“One of the biggest issues for the group was access to public transport, particularly for their members who live in smaller communities like Portgordon.

“I know the loss of the BABs dial-a-bus is a big concern for the group going forward, as it was a resource its members regularly used, so I will be looking at what alternative options are out there as clearly it is vital that people living with the effects of a stroke can continue to get out and about.

“It was really beneficial for me as local MSP to hear from the group and what could be done to improve quality of life for their members.

“I’ll be looking into the many issues we discussed and will be happy to do all I can to help them going forward as the support they provide to people locally is invaluable.”