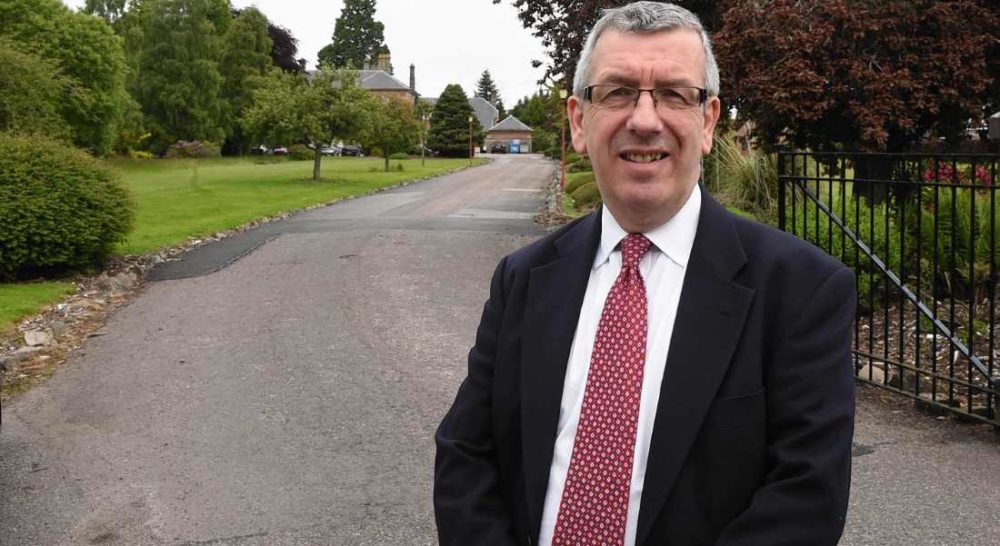 ROAD SAFETY CAMPAIGNER David Stewart MSP has again teamed up with the Park’s Motor Group in a campaign that will highlight the dangers of speeding.

Mr Stewart, who set up the North of Scotland Driver Awareness Team (NOSDAT) seven years ago, has revealed that the latest campaign will feature a series of radio advertisements during road safety week (November 20 to 26).

The Speed Down campaign is designed to raise awareness of the dangers of driving at speed especially in built up areas, as an educational element delivered through leaflets and radio advertising on local radio station, MFR and will coincide with Road Safety Week later this month.

The Highlands and Moray MSP, speaking on behalf of NOSDAT, said: “We are looking at all the issues that cause or contribute to road collisions. Over the past seven years, I have launched many road safety campaigns with my partners.

“As a result of part of our work, the UK Government launched a £2million review of driver training and is now implementing changes as a result. At the same time however, I feel passionately that we need to deal with driver behaviour in all its forms. This includes driver speed.

“I want, on behalf of my team at NOSDAT, to remind all drivers to be very aware of the consequences of their actions whilst driving.”

Drivers who drive at excessive speed have less time to identify and react to what is happening around them – and it takes longer for their vehicle to stop.

Mr Stewart added: “It removes the driver’s safety margin and turns near misses into collisions. Around two-thirds of collisions in which people are killed or injured occur on roads with a speed limit of 30mph or less.

“At 30mph vehicles are travelling at three car lengths each second. One blink and the driver may fail to see the early warning brake lights; a short glance away and the movement of a child behind a parked car will be missed. Even in good conditions, the difference in stopping distance between 30mph and 35mph is an extra two car lengths so think speed and slow down.

“Once again I want to thank Park’s Motor Group for supporting us in our work regarding this road safety campaign.”

Nick Lloyd, Road Safety Manager with RoSPA, added: “Excessive speed is a major contributory factor in crashes, the faster you go the less time you have to react and the longer it will take you to stop.

“Unfortunately, some drivers either intentionally or unintentionally drive above the speed limit thereby placing themselves, their passengers and other road users in danger. Speed limits have been set to inform drivers of the maximum safe speed in optimum driving conditions and need to be observed in the interest of public safety.”