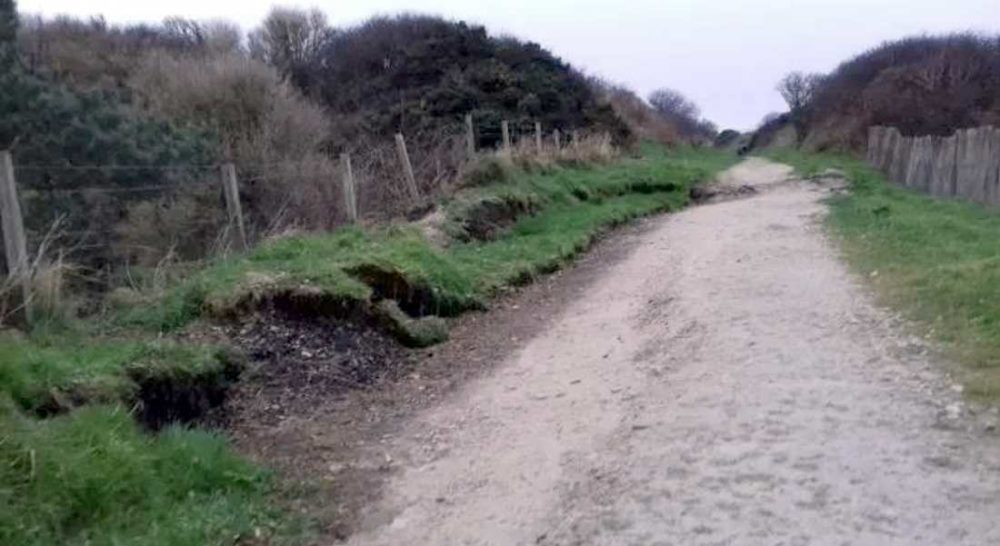 A POPULAR FOOTPATH and cycleway linking Portknockie and Cullen has been closed following worsening conditions caused by a landslip.

Earlier this year the landslip in Portknockie caused major concerns and left some homes perilously close to the cliff edge overlooking the harbour.  The footpath was also extensively damaged and the council has sought external funding since to affect repairs.

Now further recent rain has led to the footpath being closed completely as public safety can no longer be guaranteed.

A Moray Council statement published on Friday read: “Efforts had been made to keep the route open, pending a detailed assessment and the possibility of attracting external funding for repair work.

“However, the condition has now deteriorated to the point whereby Moray Council has closed it in the interests of public safety.

“Council staff have secured the route with fencing and installed signage to warn members of the public of the closure, which will remain in place until further notice.”