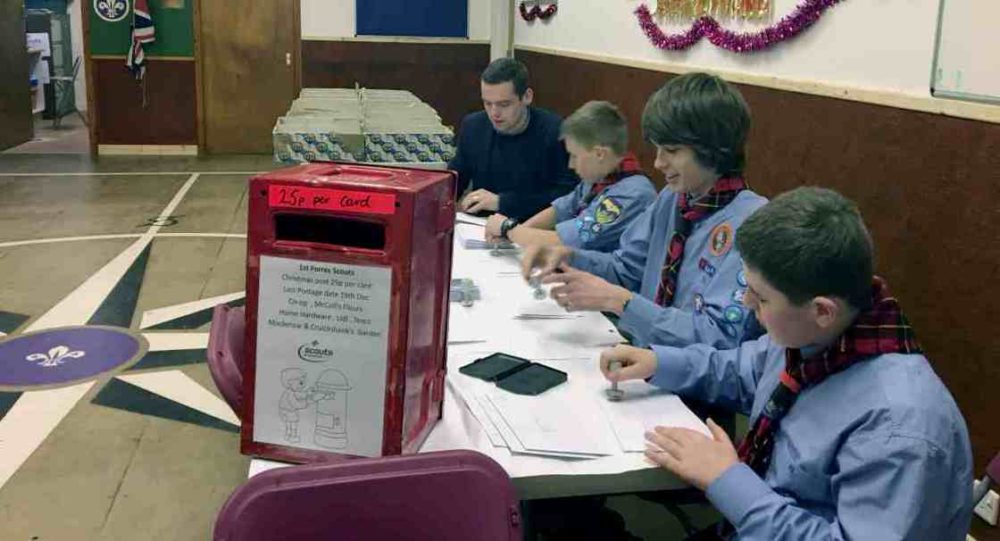 The MP called in to help in sorting some of the Christmas cards being sent around the district via the Scout Post, now a well-established tradition in fundraising for the organisation.

Mr Ross, himself a former member of the 1st Forres Scout Group, said it was great to be back at the Scout Hall on Bank Lane to support the work they are doing – and the valuable contribution they make to the local economy.

He added: “I was delighted to be able to go and visit the Scouts at their busiest time of year as they get on with the job of sorting and distributing Christmas cards for people in Forres from their nerve centre. “As Moray’s MP I have a lot of my own cards to post and was able to take along a bundle for the Scouts to put out and support their fundraising efforts.

“The Forres Scout Post is very much a part of the Christmas tradition here in the town and is well appreciated by local people. Anyone with cards to post for Forres should take advantage of this service which is also the Scout’s main fundraiser with all money raised going to support activities during the year.

“It was great to join some of the team with the sort and it brought back many happy memories of my time in the Scouts. Hopefully this year is another busy one for the Scout Post and this fundraiser.”