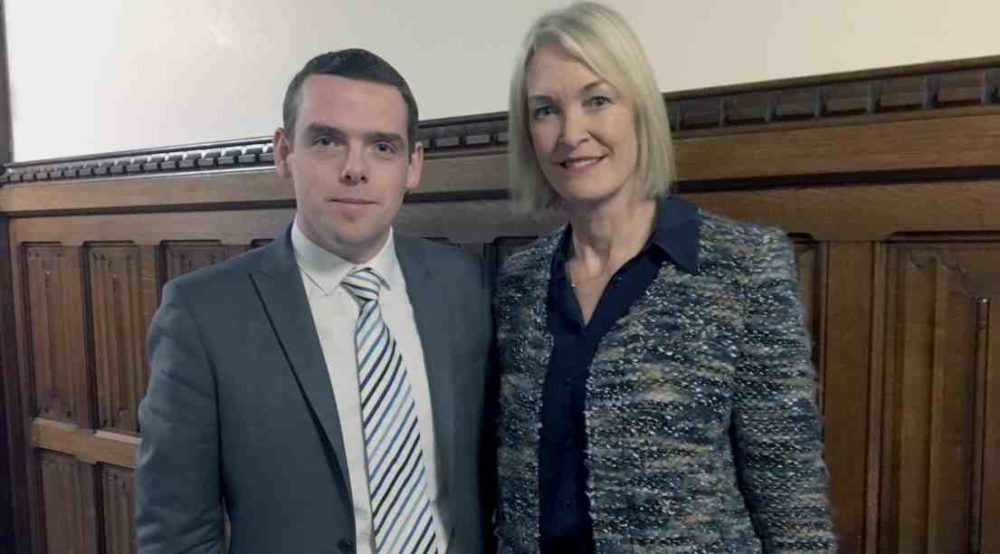 MEMBERS OF BOTH THE Scottish and UK Parliaments have been welcoming what is being described as the ‘end game’ in the fight for a fair deal on delivery charges to Moray and the Highlands.

Years of complaints falling on deaf ears appears to be finally coming to an end over an issue that should have been stopped in its tracks years ago.

Now, finally, Minister’s at the UK Parliament have taken note of the ludicrous situation where Moray addresses are being tagged as not being part of the UK Mainland – and so have had to meet demands at online checkouts to pay shocking premiums for the right to purchase goods that are often billed as ‘free delivery’.

As reported by insideMORAY on Tuesday, UK ministers have ordered a probe into the practice – a move that was welcomed by Richard Lochhead MSP, who recently launched a major campaign in the hope of finally putting an end to the rip-off charges.

Last night Mr Lochhead said: “UK Ministers have responded to the campaign by agreeing to review the behaviour of those retailers who discriminate against many customers on the basis of location. I will be holding their feet to the fire.

“It is a farce, and in many cases downright illegal – for retailers to exclude the north of Scotland from the definition UK Mainland.”

Supporting the MSP at a recent Holyrood debate on the issue was Highlands and Islands MSP Jamie Halcro Johnston, who also welcomed the Westminster move prompted by his Conservative colleague, Moray MP Douglas Ross.

Mr Halcro Johnston said: “This review by the UK Government is welcome. This follows two years of work by Ofcom to collect data on the extent of unfair delivery charges – and we now know that action is taking place to protect consumers in northern Scotland.

“I congratulate Moray MP Douglas Ross for his commitment to this cause in the House of Commons and the attention he has raised for a significant issue in the Highlands and Islands.

“I will continue to press for action in the Scottish Parliament and to ensure that questions are put to businesses when constituents report apparently unfair charges being quoted or where organisations refuse to deliver at all.”

Last night Mr Ross described the “productive” meeting he had held which signalled the breakthrough, saying: “I said in my maiden speech this would be one of the issues I would deal with and I was delighted to be able to speak with Margot James this week just days after I raised the issue with the Prime Minister, Theresa May.

“It was a very productive meeting and it was important to receive assurances from the UK Government that they will work with me to tackle rip-off delivery charges.

“After fighting for this issue to be recognised since being elected, it is fantastic to see results for the millions of people who have suffered this injustice for far too long.

“I will continue to raise this issue with ministers to make sure we get the best result for all those across the North East and Highlands who deserve a better deal from delivery companies.”