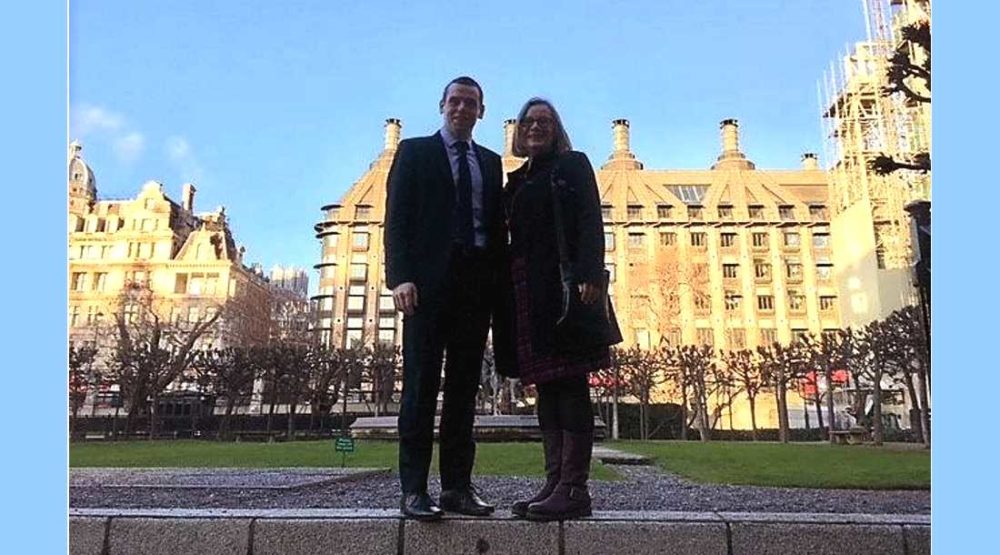 A MORAY CAMPAIGNER has been speaking of the ‘amazing’ experience she had attending a sitting of the House of Commons for the first time.

For Jennifer Matheson, however, it was no sightseeing expedition – but to deliver a very serious message to MP’s as they once again debated the thorny issue of Women’s Pension rights.

It was the second time in a month that UK Parliamentarians debated the WASPI campaign – and in the gallery were several women from around the country who found themselves in life-changing situations through no fault of their own.

Still, however, the UK Government refuse to budge on the issue – failing to either listen to an increasing number of their own colleagues or indeed grasp the injustice they have laid on women born in the 1950’s.

Jennifer was invited to the Commons by Moray’s MP Douglas Ross, who once again spoke passionately about the plight of Moray WASPI members.

She said: “I went down and listened to the debate in chambers, invited by Douglas – and it was an amazing experience. I was delighted at Douglas’ contribution to the debate, once again reinforcing his support for WASPI nationally and locally.

“He used local examples of the impact on women in Moray – but I must admit we were a rowdy bunch in the gallery and were advised by the speaker not to cheer and clap but to utter ‘here here’ which we did – often and loudly!”

House of Commons ushers told the campaigners to be quiet – to little effect. And when it came to the turn of the pensions minister to effectively block all proposals from opposition and even from his own colleagues, Jennifer and her WASPI colleagues made their feelings clear.

She said: “We protested by standing up and turning our backs on him, shouting ‘shame on you’. Needless to say, we left at that point, very noisily!”