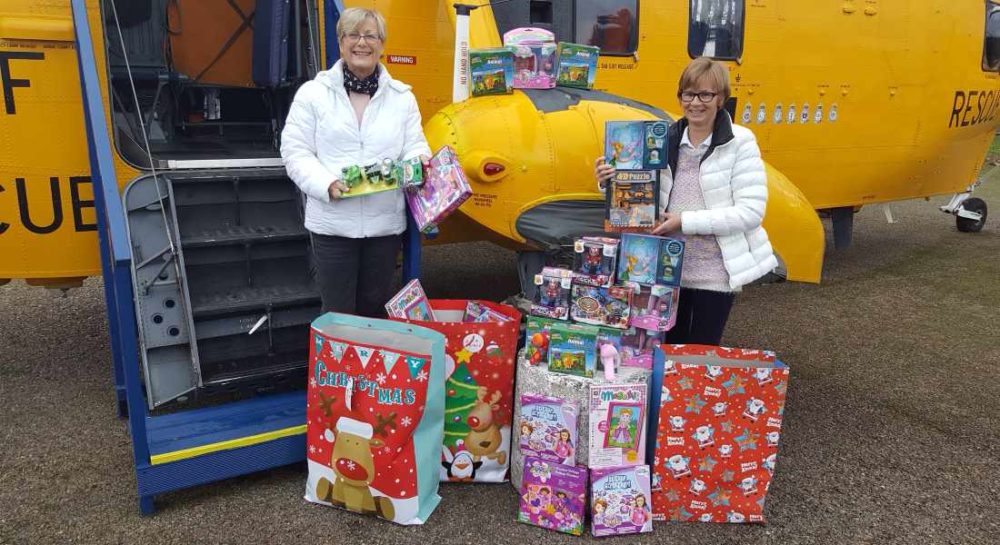 THEY ARE LADIES with a mission – to help as many children as they possibly can over the Christmas holiday.

The ladies in the Morayvia team that spends the summer delivering Moray’s four-star tourist attraction to thousands of visitors from around Moray and beyond are not idle over the winter.

Things are a little quieter at the Science, Technology and Aviation centre in Kinloss through the winter months – but that does not mean at a halt, as the centre’s shop will be opened from 12pm until 4pm each Saturday and Sunday from now until Christmas.

Chairman Mark Mair said: “Our ladies are once again on a mission – as Diane Mair and Maureen Pountney have approached the Morayvia directors with a plan to help local children over the Christmas holidays.

“The toys are being donated to MFR Cash for Kids – as we decided not do Santa’s grotto we chose to unwrap them and donate them.

“Diane said it was something very close to her heart – and so it was a real pleasure for the volunteers at Morayvia to help local youngsters by opening in the approach to the Festive season.”

Meanwhile, Morayvia were celebrating another major boost when they were awarded £3700 in the latest round of Money for Moray funding. Morayvia were one of several local groups who were selected by the public to receive the funds at an event in Lhanbryde on Sunday.