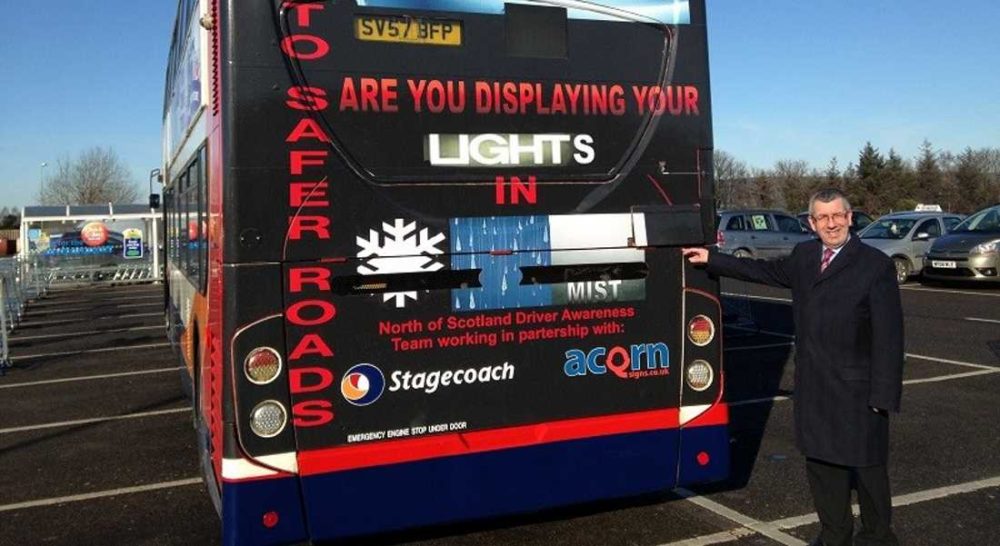 A NEW ROAD SAFETY campaign has been launched in the hope of reducing accidents during the long winter nights.

Regional MSP David Stewart set up the North of Scotland Driver Awareness Team (NOSDAT) – now he has re-launched their ‘Switch On to Safer Roads’ campaign.

First set up in 2013, the campaign is designed to be an educational tool to persuade drivers to ‘Switch on’ their dipped headlights in all forms of poor visibility.

Previously the group set up and ran the ‘Sensible Driving Always Arriving Deadly Mates’ campaign, after the tragic deaths of two local teenagers in a road collision in Inverness.

Mr Stewart, whose Highlands and Islands constituency includes Moray, said: “Our Group are always looking at ways we can make our roads safer and in particular we want to use education as the medium to get our messages across.

“To date we have been very fortunate to have the support of local businesses and the media to help us do this. In relation to the Switch on to Safer Roads campaign we worked previously with Stagecoach Bus and Acorn Signs, Inverness.

“This re launched campaign, is designed to do something about the number of drivers who fail to display dipped headlights in poor visibility. These lights should be displayed when driving conditions are poor, such as whilst driving in rain, snow, mist, fog and of course poor visibility due to darkness.

“It is the time of year for drivers to check their vehicles to make sure that all lights are fully functional and set at the right height.

“A really important point in relation to daytime running lights is the fact that these lights are only displayed on the front of vehicles, if a driver relies solely on them, they have no rear lights displayed.”