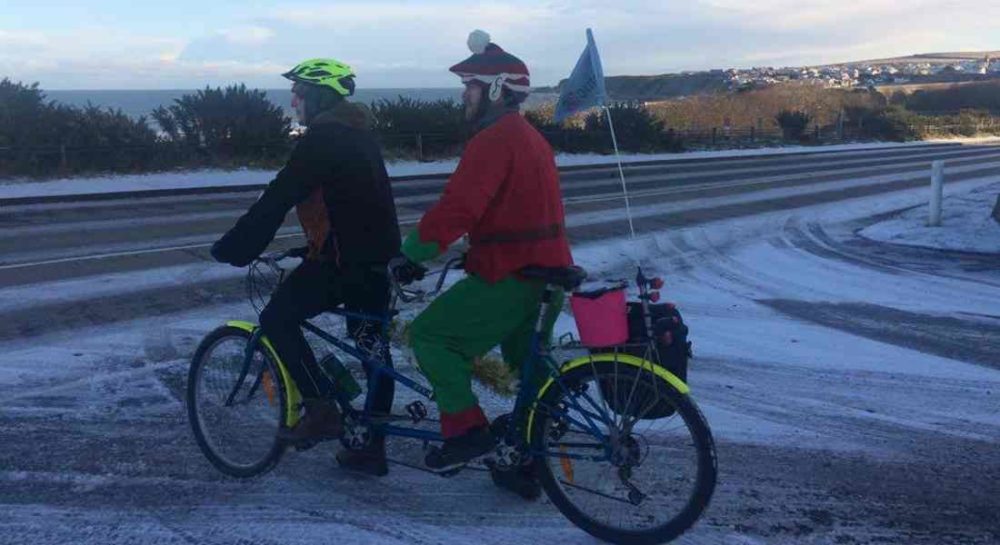 FOR MARY AND JOSEPH on a Donkey read an intrepid team on a tandem bicycle – with a similar tale, facing house full signs wherever they went.

When Santa’s Tandemistas was conceived as a means of raising much needed funding for the troubled Outfit Moray, nobody had reason to plan in the stormy weather that was to hit the North East 250 route being followed.

Bitterly cold winds, sub-zero temperatures and snow – lots of it – led to the team seeking shelter, only to find there was no room at the inn! Fortunately they did not have to escape the weather in a barn – thanks to the generosity of the Dunavon House Hotel in Aberdeen, who welcomed the struggling fundraisers – and even supplied two rooms free of charge.

Outfit Moray’s Karen Cox explained: “It was impossible to continue in the weather conditions so clearly the team had to take shelter for the night – it was most certainly a case of ‘Elf & Safety’ coming first.

“However, after a night in warmth and safety they continued, determined to complete the entire 250 miles of the route.”

Anyone wishing to contribute to the team’s efforts can do so online via https://mydonate.bt.com/events/santastandemistas